Winn/Byrd Award for Adults with FA

Chris and Amy set high goals, devoted their time and energy to making a positive difference, and lived their lives enthusiastically in spite of the challenge of FA.

This $5,000 award is given annually to someone who, like Chris and Amy, is striving to make a difference and has set high goals for him/herself. Does this sound like you? Would this award help you reach your goals?

This award was created by the board of directors to honor Chris and Amy’s roles as leaders on the FARF board. The board felt it important to recognize that leadership by creating an award in their names that would encourage others to demonstrate leadership in their own way. The award committee is made up of Chris’ mother, Peggy McDaniel, Chris’ sister, Courtney Swafford, Amy’s mother, Lynn Frohnmayer, Amy’s husband, Alex Winn, last year’s winner, Jack Timperley, as well as FARF board member, Rachel Altmann. The committee knows that individuals will stretch themselves in differing ways and will be looking at applications with this in mind, rather than a preconceived notion about what leadership looks like.

In 2018 the Amy Winn and Christopher Byrd Award Endowment Fund was created at the Oregon Community Foundation (OCF) through individual gifts from donors. Annually, OCF distributes to FARF an appropriate percentage of the fair market value of the endowment to be used to fund the award and associated costs.

2020 applications were due July 12, 2020. The award recipient will be notified in early August and will be asked to receive the award virtually at the FA Adult Meeting webinar in October.

Congratulations to Jack Timperley! Jack, 20, lives in Park Ridge, Illinois, where he is a student of philosophy and business administration at Northeastern Illinois University. Before pursuing this degree, Jack attended Oakton Community College, where he was a proven leader in his community, earning himself a Gigi Campbell Student Trustee Excellence Award from the Illinois Community College Trustees Association.

As a member of the Fanconi Anemia Adult Council, Jack serves as a voice for other adults and teens living with FA. He works with the FARF staff and board of directors as an advisor and advocate for the needs of the adult FA population. In this role, he has also spoken at several fundraisers all over the country, telling his story and expressing to supporters just how crucial their role is to advancing research.

At the 2019 Fanconi Anemia Research Fund Scientific Symposium, Jack gave the keynote address to researchers and clinicians entitled “What is your why?” He inspired the audience to find the courage and drive to make a difference, as Amy and Chris did. He reminded those in attendance of the value of connection and the importance of perseverance in the face of adversity.

After he graduates, Jack hopes to pursue a PhD in a philosophy-related discipline and eventually start his own research and technology company. He’s also interested in one day teaching philosophy at the college level. In addition to these career aspirations, Jack hopes to continue honing his public speaking skills. “I want to talk to people about how to live a life of happiness and of joy. I was born with FA and I’ve had an extensive medical history. But despite all that, I continue to thrive and continue to live life to the fullest every day. I know it sounds cheesy, but it’s true. And my public speaking would be related to that. Our lives are so precious. To recognize our own mortality might motivate us to live life and do everything we can today because we may not see tomorrow.” 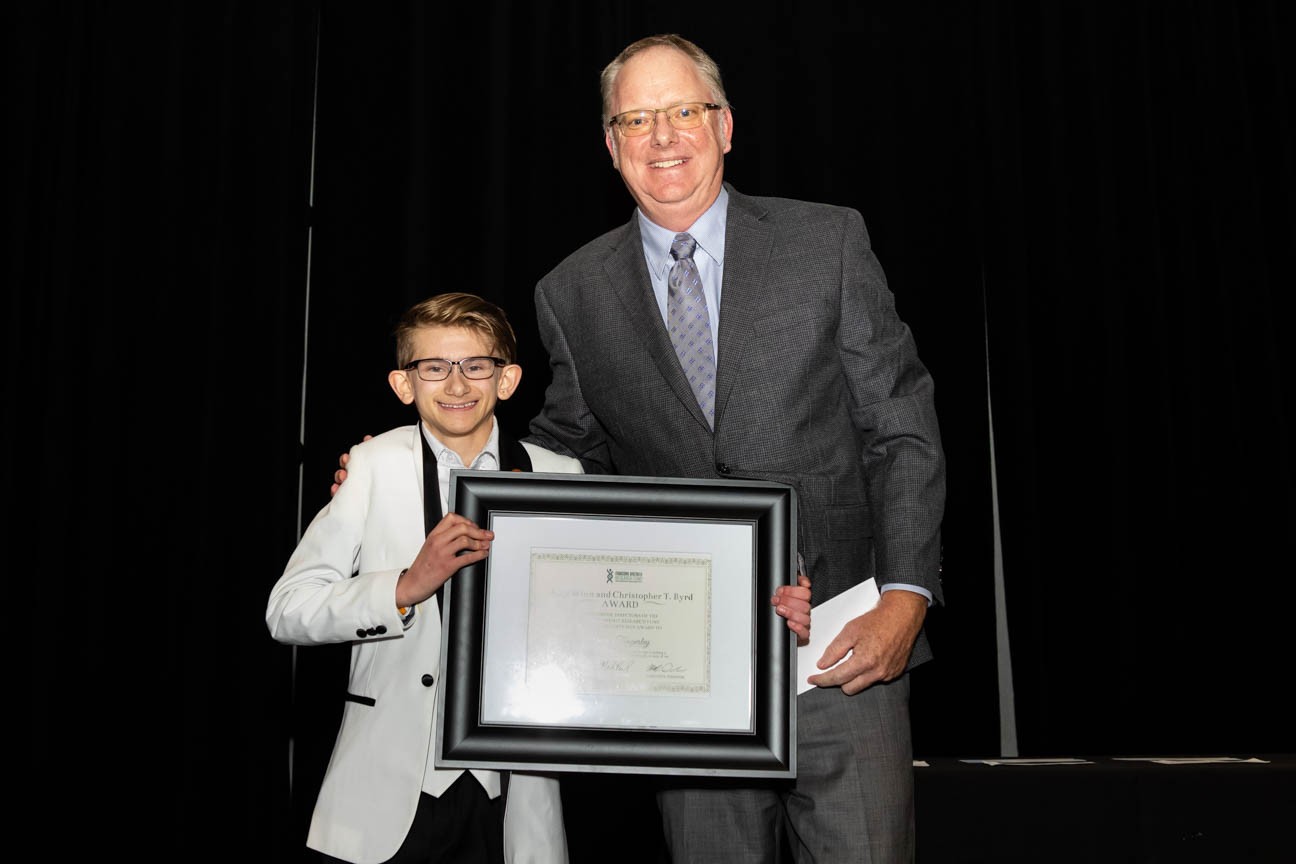 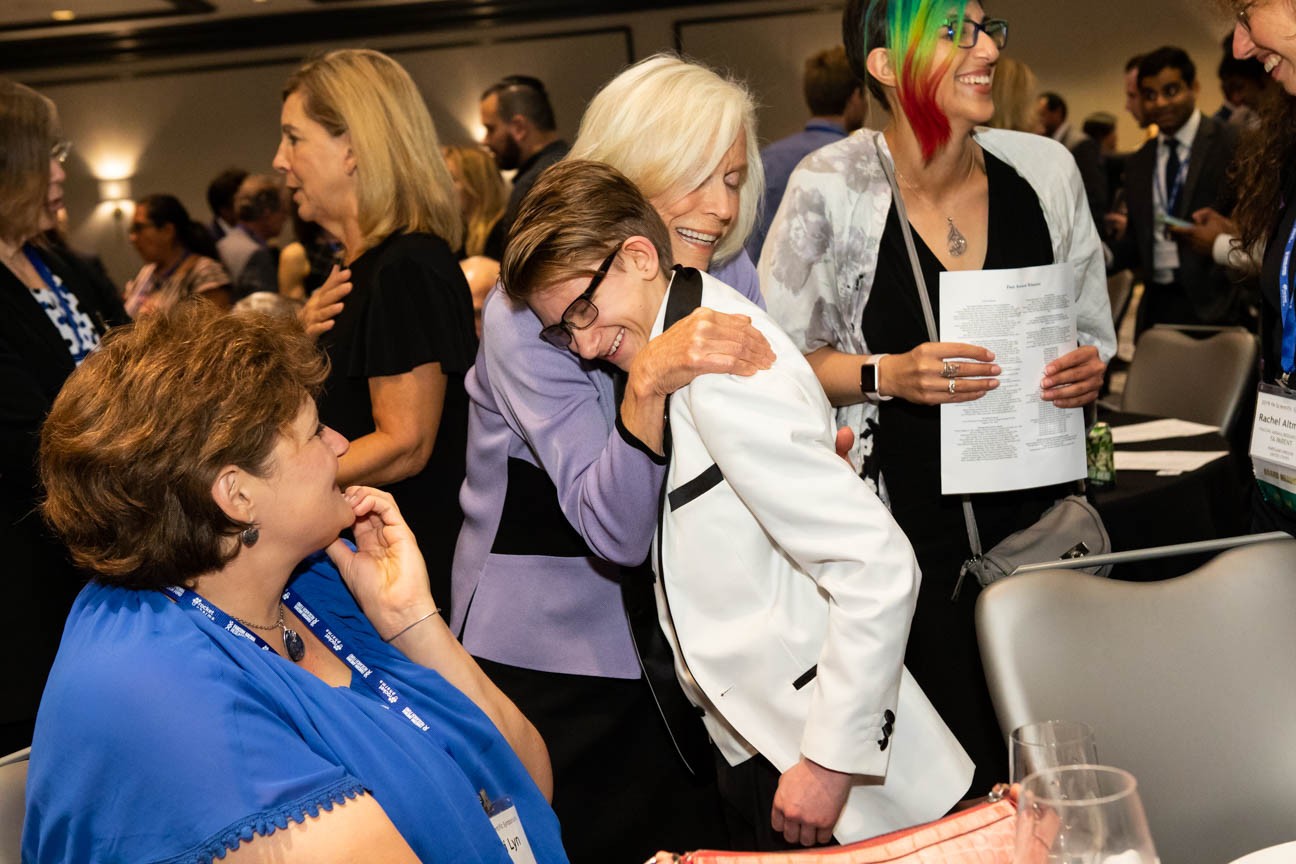 2018: Angela Bedoya. Angela is a young researcher who developed an interest in science during her bone marrow transplant as a teenager. After completing her degree in biomedical engineering, Angela a program in microbiology, immunology, and cancer biology at the University of Minnesota. Watch her acceptance speech here.

2017: Matthew Pearl. Matt is a motivated and inspiring young leader who has embraced the challenges of FA and turned them into lessons to guide his life positively and meaningfully. Watch Matt’s submission video here.