The David B. Frohnmayer Early Investigator Award was inaugurated in 2015, months after FARF co-founder Dave Frohnmayer passed away. One of his most salient leadership traits was his ability to recognize talent in others and inspire them to solve important problems. Dave knew the importance of bringing bright and dedicated new investigators into the FA research community. It was the hope of Dave and Lynn, and now their legacy, that these scientific leaders pursue innovative ideas early in their careers and continue to answer the unanswerable questions in the FA field throughout their careers. 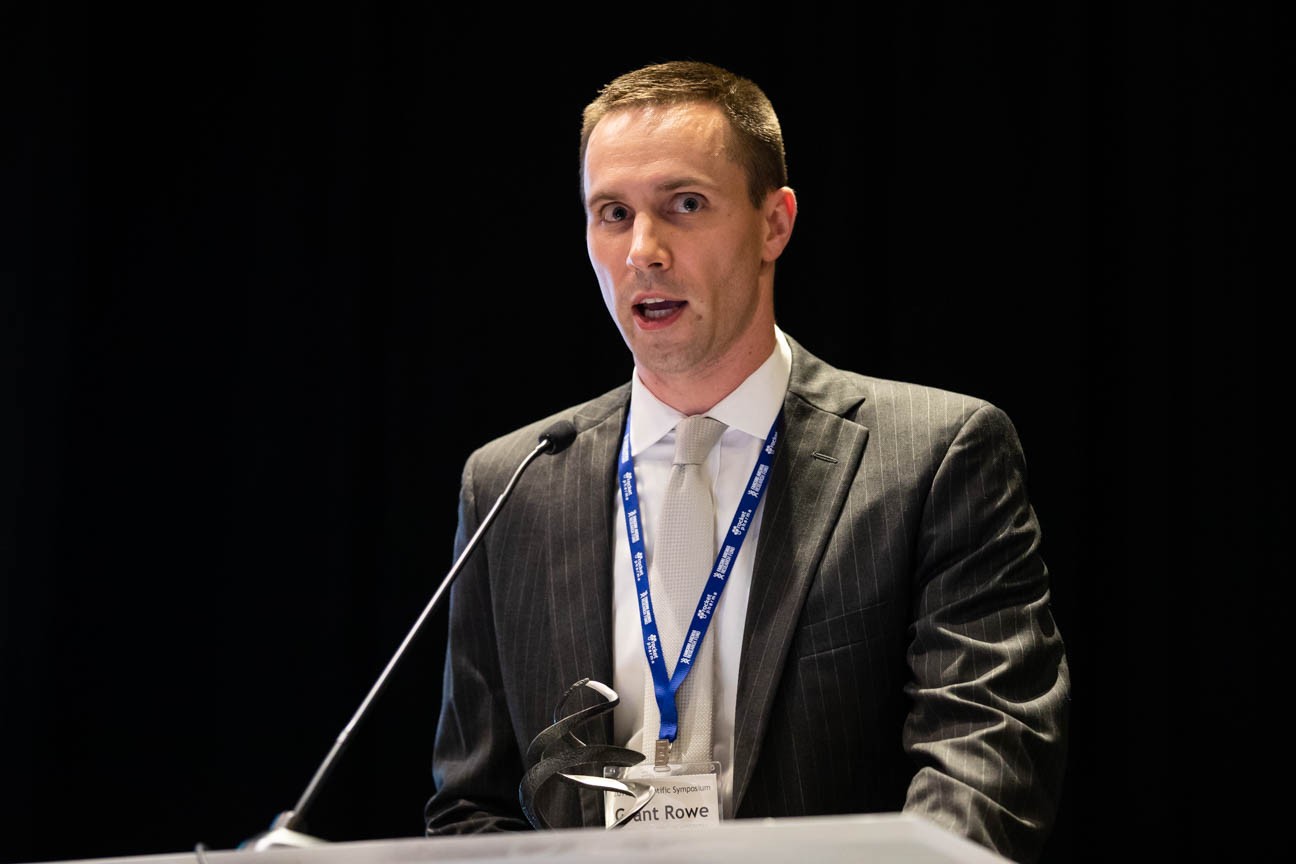 Dr. Rowe accepts the award at the Symposium banquet

At the 2019 FARF Scientific Symposium in Chicago, Dr. Grant Rowe became the fourth recipient of the award. While still early in his career, Dr. Rowe has demonstrated significant scientific talent and dedication to the FA field. He attended college at Denison University and earned an MD/PhD from the University of Michigan in 2011. He then did a residency in pediatric medicine and a fellowship in pediatric hematology/oncology at Boston Children’s and Dana-Farber cancer institute, respectively, and is now completing his postdoctoral fellowship in Dr. George Daley’s lab.

He currently treats pediatric patients with bone marrow failure disorders and his research is focused on understanding the maturation of the blood-forming system to gain insight into childhood blood disorders. He has published over 22 peer-reviewed research papers on this topic and others.

Dr. Rowe is currently funded by a clinical investigator KO8 award from the National Institutes of Health and a two-year FARF grant entitled “Modeling hematopoietic clonal evolution in Fanconi Anemia” that he was awarded in 2019. He was also funded by FARF from 2016 – 2018 for his study titled, “Engineering Fanconi Anemia Hematopoietic Cells from iPS cells.” FARF is grateful to have promising young researchers working on advancing the FA field.