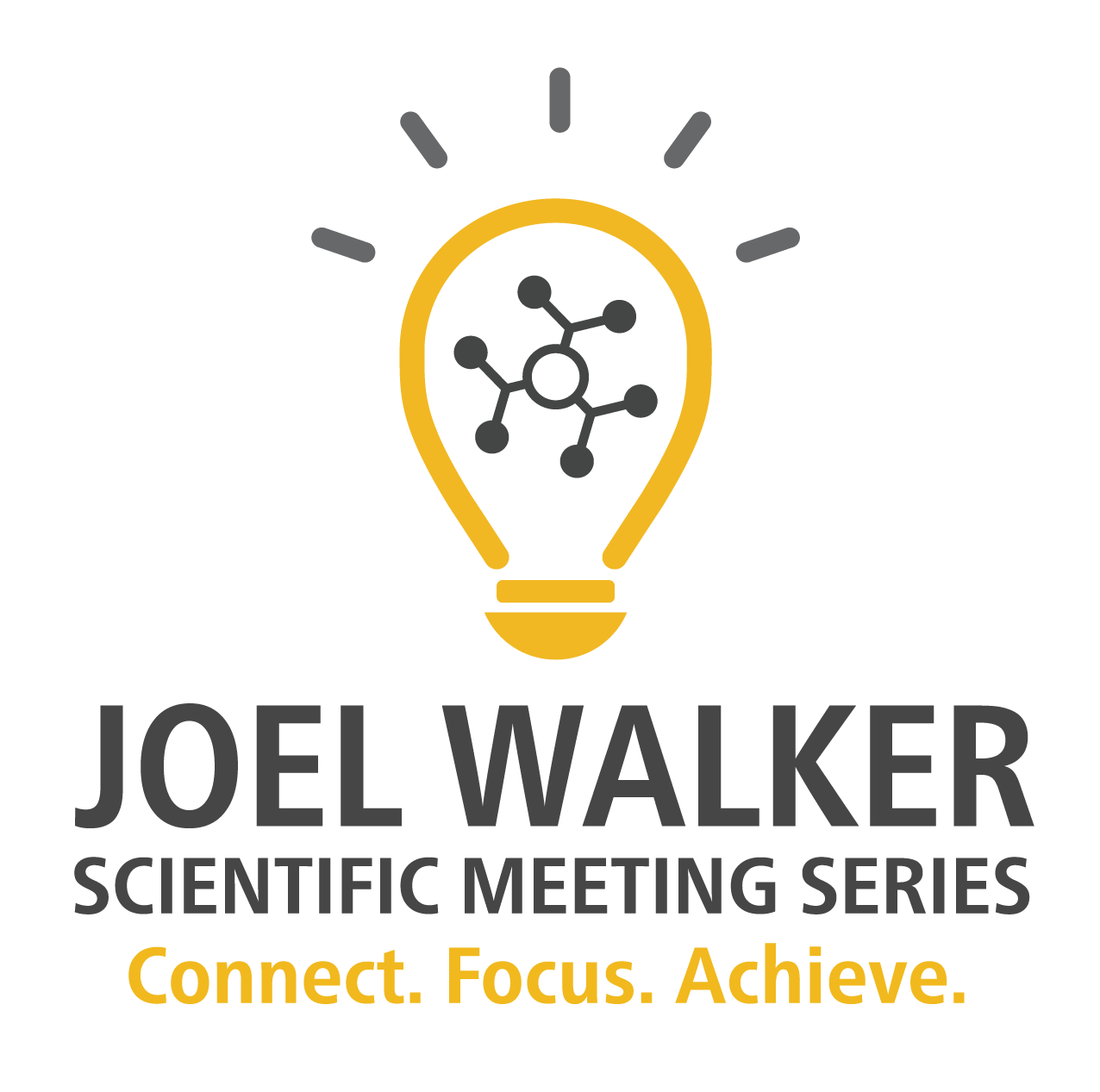 What do we know about head and neck cancer in people with Fanconi anemia (FA)? Why are people with FA at greater risk of developing tumors and how can this risk be decreased? Which treatments are available and how can we see better outcomes for those diagnosed with head and neck squamous cell carcinoma (HNSCC)? Those are the overarching questions addressed at the first Joel Walker Scientific Series Meeting held on April 9, 2018 at the University of Pittsburgh Medical Center. The meeting brought together the clinical and scientific expertise of physicians and researchers that treat people with FA or have extensive research programs focused on the disease.

The goals of this meeting were to begin developing standard of care guidelines and future research objectives to maximize therapeutic outcomes for treating head and neck cancer in people with FA. Objectives included:

What do we know about head and neck cancer in people with Fanconi anemia?

People with FA are at an increased risk to develop cancer

Studies have shown that individuals with FA are at increased risk for developing acute myeloid leukemia (AML) and solid tumors which include HNSCC and anogenital squamous cell carcinoma. The most common solid tumors in patients with Fanconi anemia are HNSCC tumors. The incidence of HNSCC in people with FA is 500- to 700- fold higher than in the general population. Additional factors that set FA patients with HNSCC apart from the general population include younger age at diagnosis (20 – 40 years), diagnosis occurring at an advanced stage, and localization of tumors on the tongue and in the oral cavity.

Reasons for increased risk are not well understood

We know that contributing environmental factors may include exposure to carcinogens, including alcohol and smoking. Potential internal factors that contribute to increased incidence include dysfunctional DNA interstrand cross-link repair and inflammatory response control, but more research is needed to define the mechanisms that dictate the relationship between loss of function in FA proteins and the development of aggressive head and neck cancers.

Conventional treatments available for non-FA HNSCC that can be used alone or in combination include surgery, external beam radiation therapy, and chemotherapeutic agents such as cisplatin. FA patients diagnosed with HNSCC, however, have limited options for treatment because of low tolerance to adverse effects from highly toxic radiation and chemotherapy. This often leaves surgery as the only viable treatment option, which is highly problematic because FA patients are typically diagnosed at an advanced stage with highly aggressive disease. The surgical removal of tumors is currently the best treatment option, but this is usually not curative for FA patients who often acquire secondary tumors or have aggressive tumors that are difficult to remove.

We currently do not have a roadmap for clinical care for FA patients diagnosed with HNSCC. Basic and clinical research is needed to develop an understanding of the molecular mechanisms driving FA HNSCC and tolerance to targeted therapies so that FA-specific treatment plans can be established. This could be achieved by creating robust patient registries with comprehensive clinical information and a biorepository that houses patient tumor samples that can be scrutinized for biomarker or genomic testing.

Early detection of HNSCC is critical. In their FARF-funded project, Reducing the Burden of Squamous Cell Carcinoma in Fanconi Anemia, Dr. Eunike Velleuer (University of Duesseldorf) and Ralf Dietrich (German FA Family Support Group) are seeking to expedite the discovery of malignant tumors before they become incurable through surgery (i.e., highly aggressive and metastatic). The current cancer screening method performed by Dr. Velleuer and Mr. Dietrich uses a brush biopsy protocol with a distinctive map of the mouth to guide the procedure with selective brushing of regions that are identified as abnormal after visual assessment. Notable results from the study have shown that (1) visible lesions are not necessarily cancerous – though they still need to be assessed, (2) they may be misdiagnosed as chronic infections, and (3) cancer typically requires presence of a lesion.

Future goals include providing education on the brush biopsy step-by-step process and brush kits for all people with FA to improve early screening and self-examination. Developing a widely available brush kit and self-administered system for all people with FA will require formalization of the brush biopsy process for optimal use by clinical care providers (i.e., dentists or ENT doctors) as well as patients. A developed protocol will allow the brush biopsy procedure to produce higher amounts of sample that can be used for research purposes and diagnostics. Suspicious lesions detected from brush screenings warrant follow-up with a biopsy for accurate diagnosis. This will require development of laboratories that can streamline and analyze specimens while working with an FA tissue repository that can be used for collaborative research and diagnosis of cancer. Clinicians will also need to determine what the recommendations would be if there was a mismatch in the diagnosis from the brush biopsy and biopsy, and how to address issues with false positives. The ultimate goal will be to develop strategies for screening the FA population for biomarkers and genomic differences that can be used for personalized medicine approaches.

The discussion on FA HNSCC brought to light that a consortium is needed to collect more patient tumor tissues. Current issues with this process include: (1) lack of advanced notice of surgical procedures for research parties to obtain the samples, (2) lack of adequate levels of support for the consent and International Review Board (IRB) process for individual institutions (a portable consent could streamline the process), (3) the logistics of tissue collection and distribution to researchers and clinicians has not been outlined, (4) it needs to be determined whether the tissue will be used for research purposes only, or if genetic analysis can be used for a treatment plan. In addition, treatment of FA patients at major academic centers would streamline the tissue acquisition process.

The landscape of ever changing technology used to analyze tissues for biomarkers or genomic differences makes investigators apprehensive to use valuable tissue resources that are finite. However, the discussion outcomes from the meeting highlighted the following: 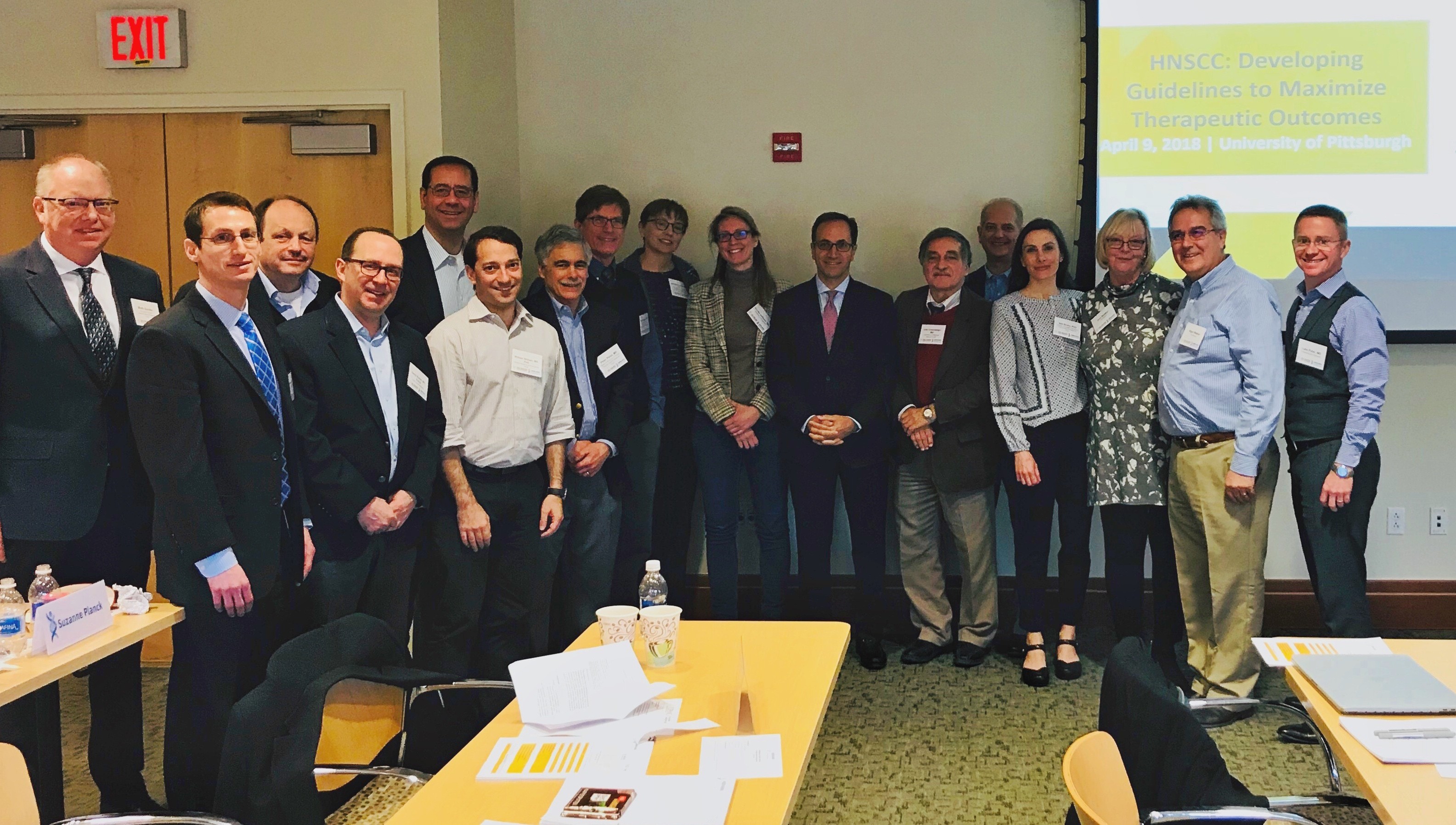 FA clinicians and researchers, parents, and FARF staff at the meeting

Tremendous strides have been made recently for cancer treatment in non-FA cancers with the clinical use of immunotherapies that harness patients’ own immune systems to fight tumors. Therapies including FDA-approved antibodies such as nivolumab and pembrolizumab that inhibit the immune checkpoint protein PD-1 (programmed cell death-1) are currently in clinical trials to treat patients with HNSCC. Studies have shown that when PD-1 and PD-L1 are expressed, it is a signal that immune cells have lost their normal function and will not target tumor cells. Blockade of these immune checkpoint proteins thereby allows normal immune function and recognition of tumor cells. The idea is that this would then signal the immune system to attack the tumor cells.

The potential for immunotherapy for FA patients with HNSCC is currently unknown. Factors to consider moving forward include developing an understanding of the mutational burden for FA-HNSCC tumors, the role of bone marrow transplant and presence of acute versus chronic Graft-versus-Host disease (GvHD), and the adverse effects of immune checkpoint inhibitors. The future of immunotherapy treatment for people with FA will require characterization of their immune systems, and the development of clinical trials.

One of the major goals of this Joel Walker meeting was to determine whether current treatments available for non-FA HNSCC would be applicable for treating HNSCC tumors in patients with FA. The current treatment classification system for non-FA HNSCC includes surgery, and/or radiation for localized disease and systemic chemotherapy and radiation for locally advanced and metastatic disease. Current FDA-approved agents for treating HNSCC in the general population include conventional cytotoxic drugs and antibodies such as cetuximab (Erbitux), which targets the epidermal growth factor receptor (EGFR) and nivolumab and pembrolizumab, which target the immune checkpoint protein, PD-1.

The bottom line: the current landscape for cancer treatment is moving toward a precision medicine model where extensive molecular profiling can be used to determine efficacy of targeted therapy approaches to eliminating tumors. This approach may be highly applicable to FA patients, but more work needs to be done to examine the molecular profiles of FA patients and their tumor profiles.

Chemoprevention means the use of medication to lower the risk or prevent cancer. Aside from aggressive screening and abstaining from alcohol and tobacco, there are currently no successful chemoprevention strategies for preventing HNSCC in FA patients. In non-FA cancers, the prevention field is moving toward using drug treatments as preventative agents, but research is needed to determine their efficacy, and no clinical trials have been conducted with FA patients.

We also need to determine a system in which a patient’s GvHD status, visible lesions in the oral mucosa (leukoplakia), or skin cancer occurrence is considered during clinical trial design. FARF is currently supporting a clinical trial at the University of Cincinnati that is examining the role of the natural antioxidant, quercetin, in the prevention of squamous cell carcinoma in post-transplant patients with FA. Data from this study is not yet available.

Radiation can cause side effects in patients with FA but should be considered on a case-by-case basis, preferably in consultation with physicians who have expertise in treating FA patients. The most common type of radiation used to treat HNSCC is called intensity-modulated radiation therapy (IMRT). At the meeting, Dr. Luke Pater (University of Cincinnati) spoke about the potential for using proton beam radiation therapy (PBRT), an alternative radiation therapy method, for people with FA. According to Dr. Pater, PBRT has the potential to provide the highest dose of radiation closest to the tumor. This would reduce negative effects on tissue surrounding the tumor, which could be useful for patients with significant radiotoxicity, like those with FA. There is currently insufficient data on the use of protons for HNSCC, but more centers are working with the technology, and research in non-FA HNSCC could reveal potential treatments for FA patients with HNSCC.

Additional developments needed include agents that reduce radiotoxicity and an adequate radiation treatment protocol that optimizes fractionation (how often radiation is administered) and the overall dose.

One of the main outcomes of this meeting was that FARF will work towards establishing centers of excellence for treating FA cancers. This will provide people with FA access to expert teams of physicians and scientists. In addition, attendees suggested that a virtual FA tumor board or advisory panel of experts could be enlisted to manage FA patients with HNSCC who would be unable to attend the centers of excellence.

What needs to happen next

The challenges of preventing, detecting, and treating HNSCC in FA patients are many. The Joel Walker meeting identified clear areas that need to be addressed from both the research and clinical treatment perspectives moving forward. FARF is poised to lead these efforts and we will focus our priorities on the following areas (in no particular order):

FARF’s immediate next steps include (1) developing the tissue biobank and clinical registry and (2) establishing a personalized cancer prevention/detection brush biopsy kit for all FA families. Next on the list are to develop grant RFAs focused on (1) pre-clinical studies to investigate oral mucosal pathophysiology and (2) development of chemoprevention or intent to treat clinical trials using compounds already approved by the FDA for use in other cancers (primarily those used in non-FA HNSCC).

Thank you to all who attended, presented and participated in the Joel Walker HNSCC Meeting

This meeting was made possible thanks to Joel Walker and the Walker family, and Phil and Penny Knight.