How might we apply cancer-fighting strategies from the general population to the FA population?

To fast-track therapies for people with Fanconi anemia (FA), it’s often best to start by examining progress that’s already been made in the general population. Large-scale studies such as The Cancer Genome Atlas (TCGA) have made it possible to detect abnormal chromosomes and mutations that lead to cancer in people without FA. Dr. Carter Van Waes, the clinical director and chief of head and neck surgery at the National Institute on Deafness and Other Communication Disorders in Bethesda, Md., gave a keynote address at the 30th Scientific Symposium on the promise of using genomic profiling studies such as the TCGA to identify therapeutic targets for Fanconi anemia squamous cell carcinoma (SCC).

According to Dr. Van Waes, data from the TCGA study of 1,400 squamous cancers, including lung, head and neck, esophageal, cervical, and bladder cancer, can provide clues for FA researchers as to which abnormalities in FA tumor cells can be exploited for treatment purposes. He discussed TCGA results that showed that all SCC tumor cells – despite their site of origin – share common characteristics, exhibit DNA mutations, and have changes in the number of chromosomes that can lead to cancer.

SCCs analyzed in the study showed changes in the 3q and 5p chromosomes. A gain of the 3q chromosome is also used to test for the emergence of myelodysplatic syndrome (MDS) and acute myeloid leukemia (AML) in FA patients. The TCGA study showed that tumors express genes that play a role in growth, survival, inflammation, and the DNA damage response—processes all essential for tumor growth and survival. Interestingly, some SCC tumors with human papillomavirus show inactivation of the FANCF gene by DNA methylation, providing another link between FA and the development of non-FA SCC. This finding could make them more sensitive to certain therapies where DNA damage helps kill cancer cells. 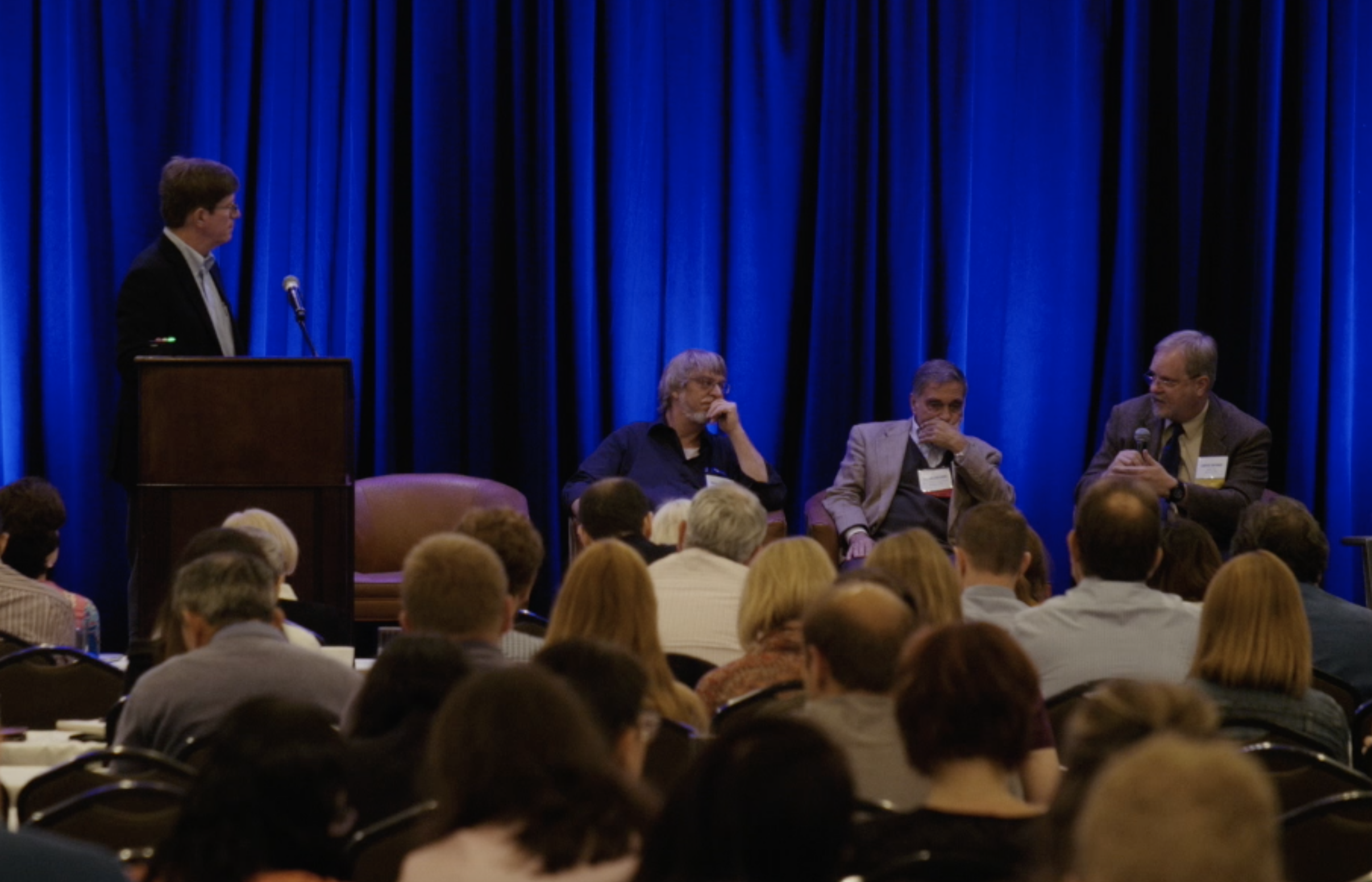 Drs. Brakenhoff (2nd from right) and Van Was (far right) participate in the SCC panel at the Scientific Symposium

What does this mean in FA?

FARF-funded researchers and others are currently studying whether the characteristics observed in SCC cells in the TCGA study also occur in FA squamous cell carcinoma. If similarities exist, the goal would be to test targeted therapies that work in the general population on FA patients with cancer.

One such researcher, Dr. Ruud Brakenhoff of the Cancer Center of Amsterdam, also shared his work focused on noninvasive diagnosis and targeted treatment of oral precancers. Detecting precancer before it becomes cancerous gives us the opportunity to stop it before it requires aggressive treatments that could be detrimental for patients with FA. One goal of Dr. Brakenhoff’s study was to determine whether noninvasive screening tests, such as the brush biopsy of the oral cavity, can be used to identify precancerous changes that can then be targeted with therapy.

In his study, results showed that brush biopsies are a feasible way to analyze precancerous cells and compare to tissue biopsies. Dr. Brakenhoff’s study typically showed that FA tumors have many DNA mutations, making them similar to the SCC tumors in the general population analyzed in the TCGA trial discussed by Dr. Van Waes.

Dr. Brakenhoff showed that certain proteins in FA and non-FA HNSCC cells, like serine/threonine-protein kinases (PLK1) and Wee1-like kinase (WEE1), are potential drug targets, that when blocked, would specifically kill cancer cells. Dr. Brakenhoff’s group is now investigating the potential toxicity of drugs targeting these proteins in FA patients. Once the safety profile is determined, the intent is to develop clinical trials in people with FA. This therapeutic method would: 1) screen for precancers, 2) treat precancerous lesions once they’re detected, and 3) monitor for progression to cancer.