I Am a Fighter and a Cancer Survivor

Hi, my name is Michelle and I’m from a small town outside of Pittsburgh, Penn. Like a lot of teenagers, I had big dreams and goals for what I was going to do with my life. I knew early on that I wanted a career, to get married, and have two children. I grew up with the assumption that I would grow old with my husband and have grandchildren. I also assumed that any major medical issues that we might have would develop when we were much older. Cancer is very prevalent in my family, but all my relatives developed their cancers in their seventies and eighties. I never imagined I would get cancer in my thirties. 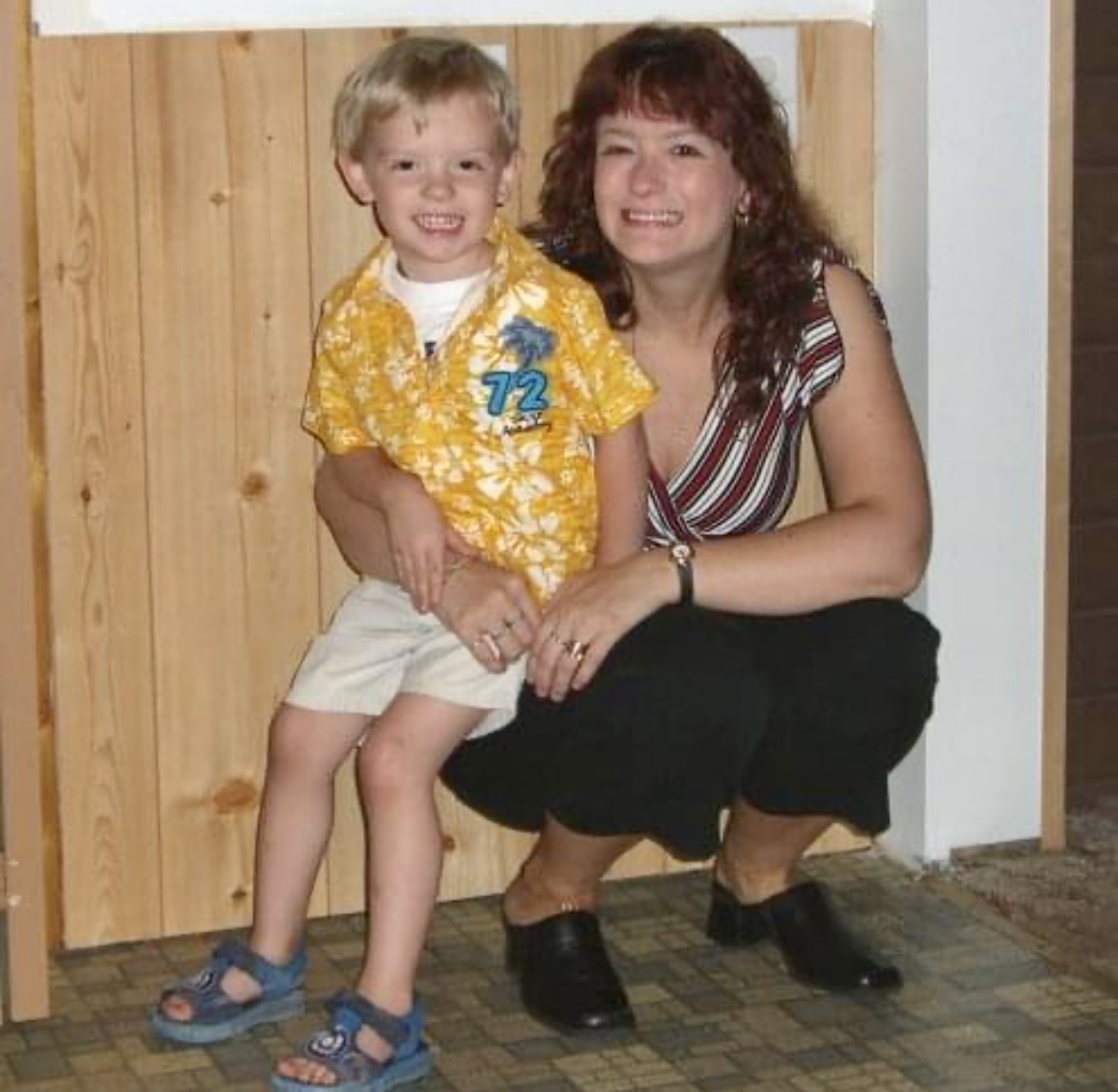 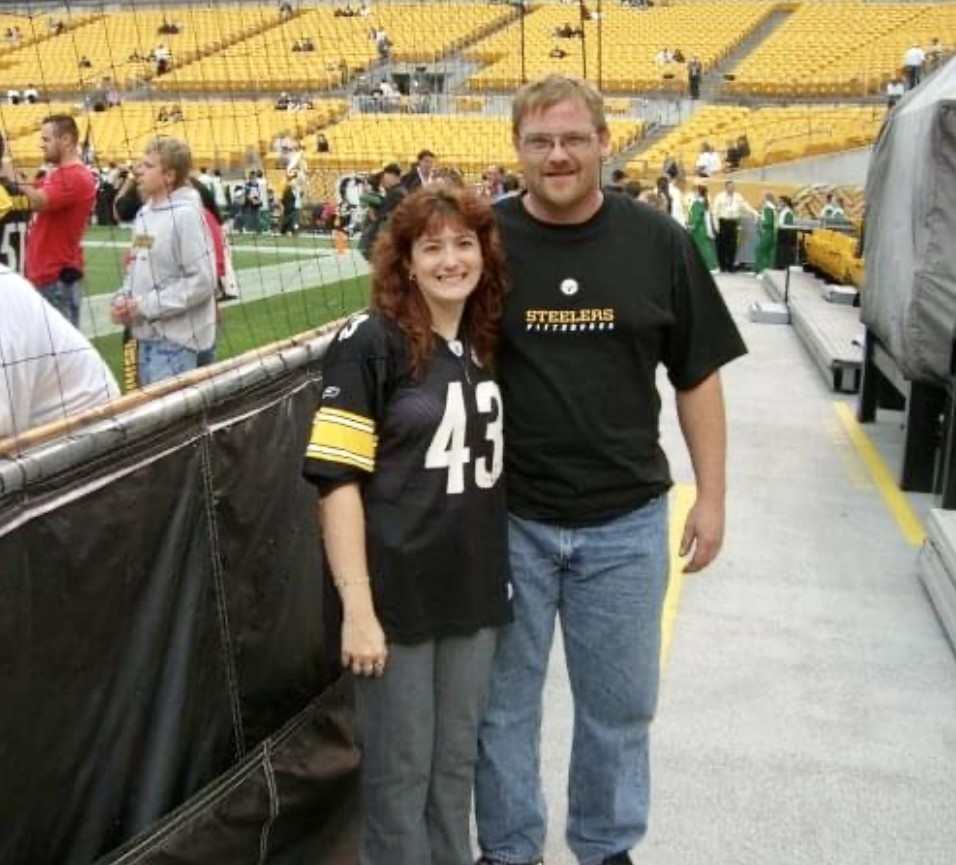 Above: Michelle with her husband Jeff and son Ryan before her diagnoses

The start of the fight for my life

In the fall of 2010, I felt a lump on the right side of my breast. After speaking with my physician, I had a mammogram and an ultrasound. Following a recommendation from the radiologist, I then had a biopsy. Two days before Christmas, I received the news that I had triple negative breast cancer. In that moment, my life turned upside down. I remember wondering how this could be possible when I was only 32 years old with a five-year-old son just starting kindergarten. Little did I know this was only the beginning of the fight for my life.

A few weeks later, I experienced the traditional breast cancer regime which included a PET scan, insertion of a port (a device surgically implanted under the skin to deliver chemotherapy directly into the vein), and consultations with a breast cancer specialist and a breast surgeon. After many consultations and tests, the plan was to treat this cancer with aggressive chemotherapy and surgery followed by radiation.

The day before starting chemotherapy, my oncologist held a tumor board meeting to consult other doctors on my case. During this meeting, a keen genetic counselor recognized potential signs of Fanconi anemia (FA). Thankfully, she suggested that they wait to start the treatment and have me tested for FA right away. Hours before my chemotherapy was set to begin, vials of my blood and a skin biopsy were sent off to the lab instead. While waiting for the results, the doctors decided to switch to surgery first. That genetic counselor saved my life. 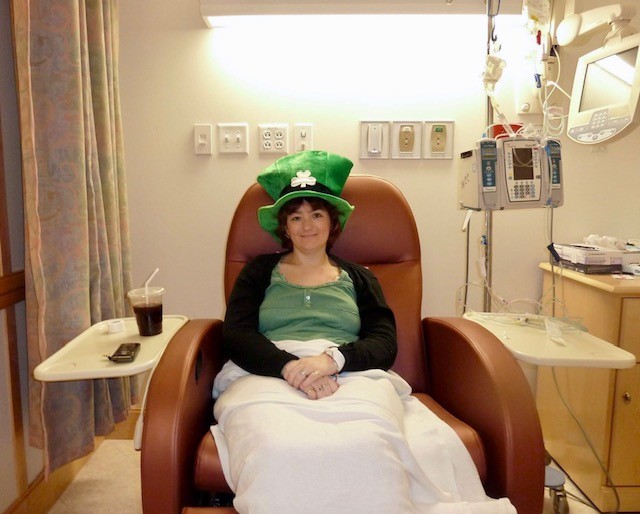 Michelle undergoing one of her cancer treatments

After eight long weeks of waiting, I finally learned that I was now part of a rare disease population of special individuals living with Fanconi anemia. Once my doctors learned more about FA and that I would need specialized treatment for the breast cancer, they decided to consult with doctors at the Dana-Farber Cancer Institute and the University of Pittsburgh. Over the next nine months, I received a modified chemotherapy and a reduced radiation regimen. Despite the odds, I survived. My story is a road map for breast cancer survivors with FA and is even written about in a medical journal.

Following my treatments, I started receiving a PET scan every six months, an MRI and mammogram once a year, a blood count check every other month, and annual checkups with the dermatologist. In addition, I saw an FA head and neck specialist who used a scope to look for any lesions or potential cancer spots in my mouth and throat due to the high risk of head and neck cancers in individuals with FA.

The battle with cancer continued

Two years later, in 2013, I was diagnosed with vulva cancer. Once again, I started another battle to fight this cancer and underwent surgery to remove it. During a routine mammogram and breast MRI in 2016, I was diagnosed with breast cancer again, but in the other breast this time. It was difficult to receive this news, especially knowing that I would need to start treatments again. The cancer was removed with surgery and radiation treatment.

I was hopeful the worst was behind me, but in 2020, I was once again diagnosed with a new cancer. This time, it was thyroid cancer. My thyroid was removed, and I was put on a medication for the rest of my life.

Most recently, in 2021, I was diagnosed for the third time with breast cancer. My nightmare came true as I realized it was time to put an end to my breast cancer once and for all. After consultations with doctors, some soul searching and many prayers, I decided to get a double mastectomy with reconstruction. I knew this would be the biggest battle of them all and the most invasive surgery yet, but I also knew that with FA, this needed to be done. I’m a fighter. I’m a survivor. And I will never back down from these battles. 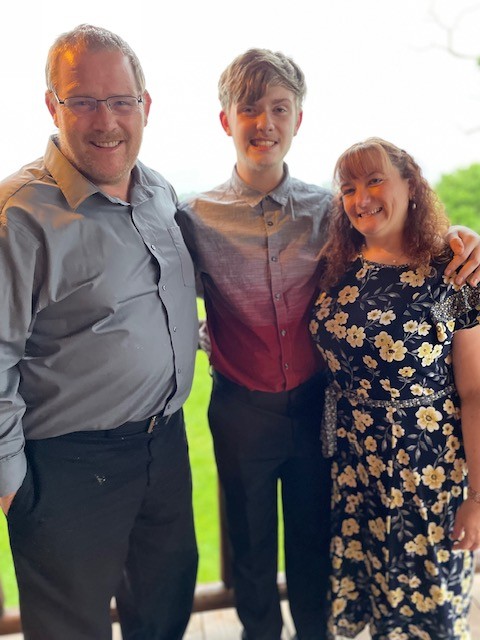 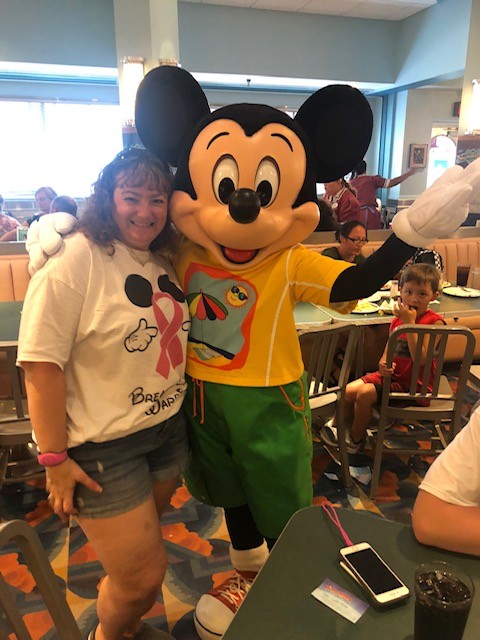 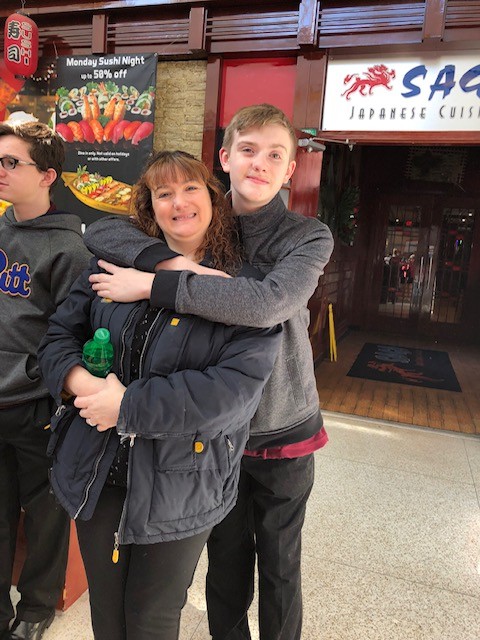 Above: Michelle with her husband Jeff and son Ryan

How I stay strong

Knowing I have the love and support of family and friends, and most importantly, knowing God is with me, has helped keep me strong. Many times, I’ve been asked how I got through it all, and I respond that this is my journey. Life is what you make of it and sometimes there will be difficult times, but it is how you choose to get through those times that matters. I cannot change the fact that I have Fanconi anemia and that I’m prone to cancers. Instead, I can fight, and I can share my story with doctors and researchers to help them find a cure someday. Most importantly, I hope my story inspires others to keep fighting and inspires family members and caregivers to never give up hope. 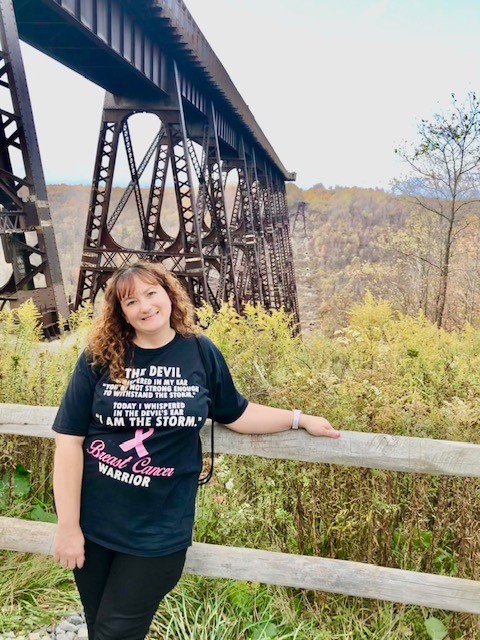