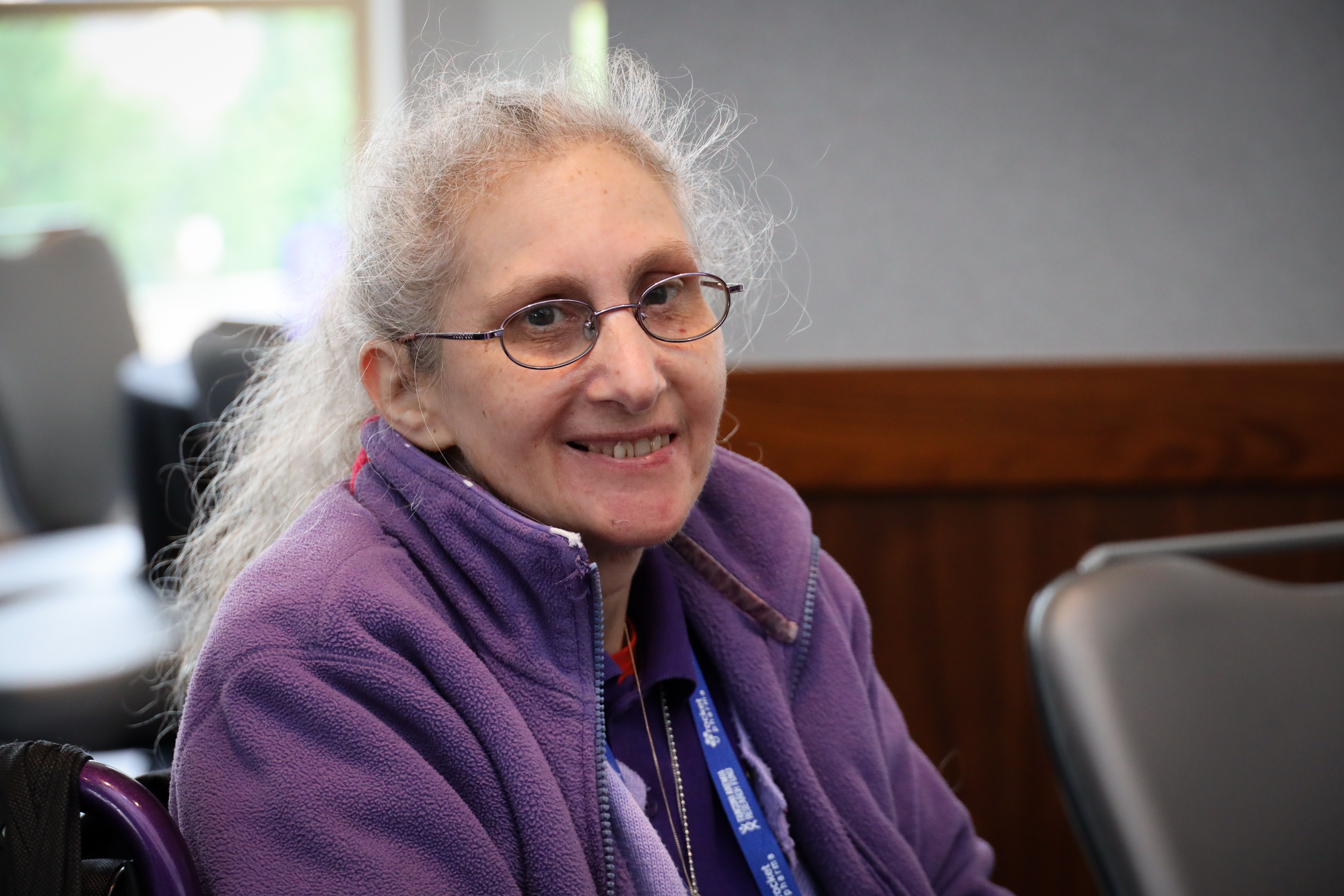 Joanne (Eggby) Smith was born in England on September 22, 1965. Weighing only 4lb 7oz, Joanne exhibited many of the physical anomalies associated with Fanconi anemia, (FA) including missing digits, dislocated hips, ectopic kidneys, type 1 diabetes, and gastrointestinal abnormalities. “It took until she was nine years old before we were given a diagnosis. We were never told anything about Fanconi anemia, or where to get any help, and just had to cope with things as they cropped up,” her parents, Den and Fran, shared. 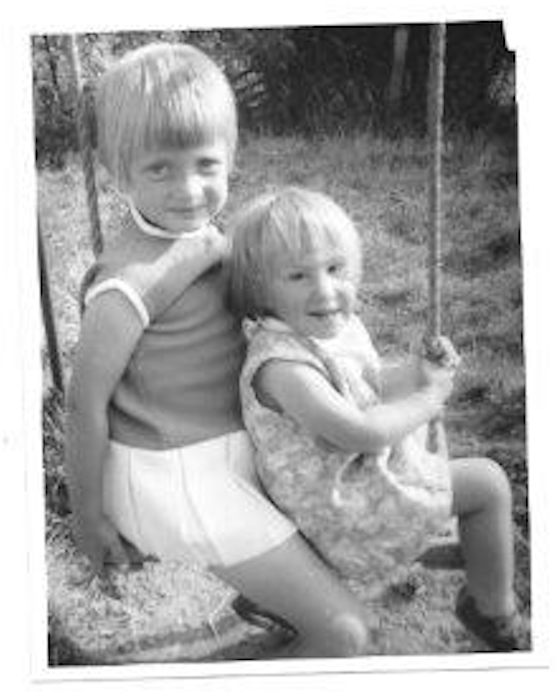 Young Joanne (right) with her sister

In spite of her many health obstacles, Joanne grew to be a lively child who loved Elvis Presley and animals. Her older sister, Helen, always admired how easily Joanne made friends. “She was such a good sister and much-loved Auntie to my three children. We always enjoyed our family get togethers both as children and as adults.”

In 1983, Joanne met Kevin, the love of her life. The two were married three years later and spent their marriage traveling through 23 countries, attending various athletic championships, and mastering new skills like playing darts. “She even won a darts competition in Germany,” Kevin fondly recalled. Joanne and Kevin lived in Munich, Germany for seven years, where she learned German and started porcelain painting.

It wasn’t until 2010 that the two noticed that Joanne was not able to do the things that she used to do. Cancer crept into the picture and eventually she had to use a walking stick and wheelchair. 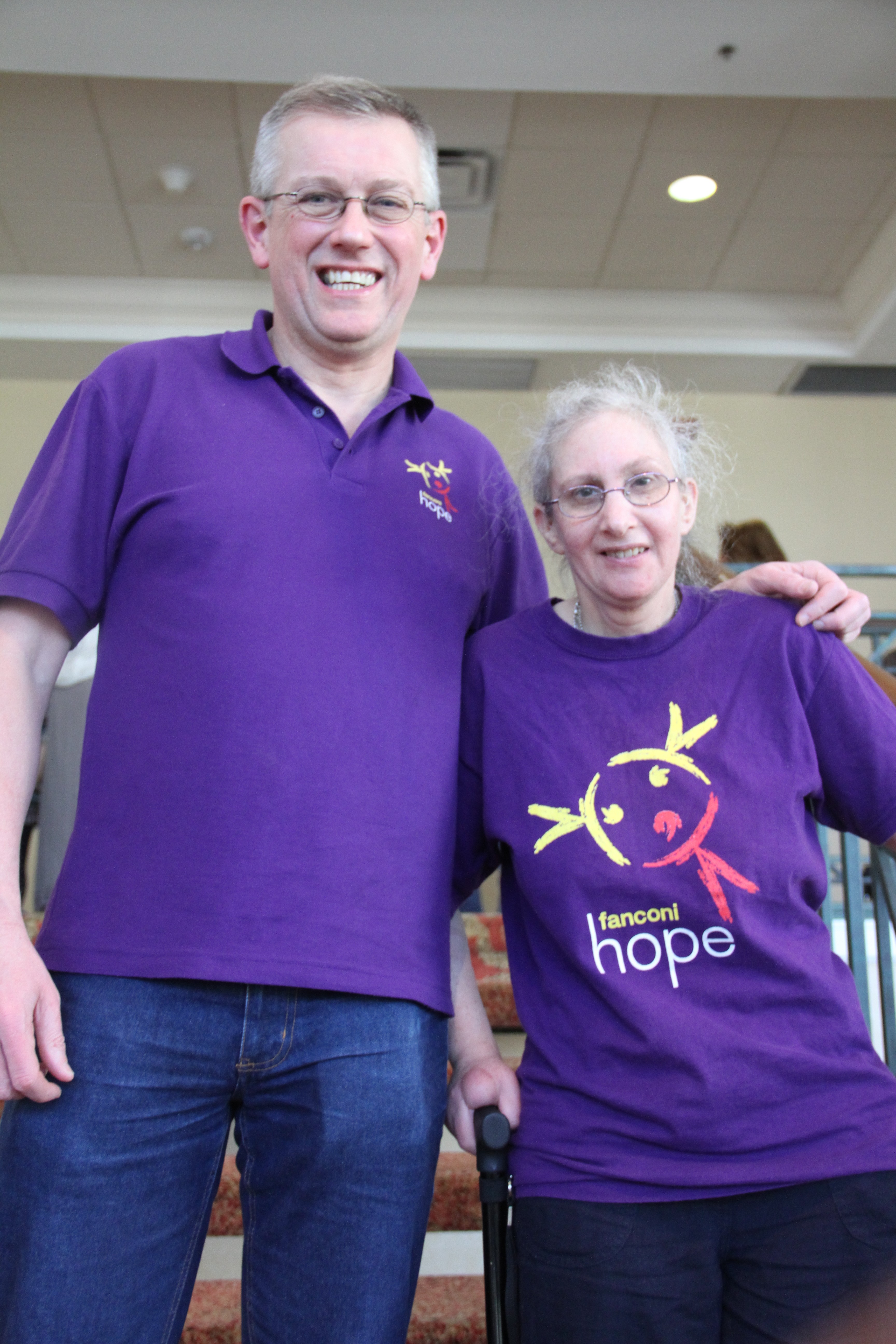 Kevin and Joanne at a FARF meeting

On April 16, 2020, Joanne passed away. But in true Joanne-fashion, she made two final gifts to the FA community which have been dedicated to advancing the efforts of Fanconi Hope, in the UK, and providing international scholarships for adults living with Fanconi anemia who wish to attend FARF events in the United States.

You see, Joanne had never met another person with Fanconi anemia until she was nearly 50 years old. When reflecting on her first experience at a FARF Adult Meeting in 2012, Joanne said, “this was the first time I had met anyone else with FA, and it was a great inspiration to share our experiences. Even though we are all FA warriors, we all have different characteristics. With the help of FARF, I feel like I have an extended family and great support. Being with FARF reminds me of the famous English soccer song, “You’ll Never Walk Alone”.

Joanne’s life and legacy lives on through her family and her spirit of generosity. She inspires us all to ask, ‘what will our legacy be’? 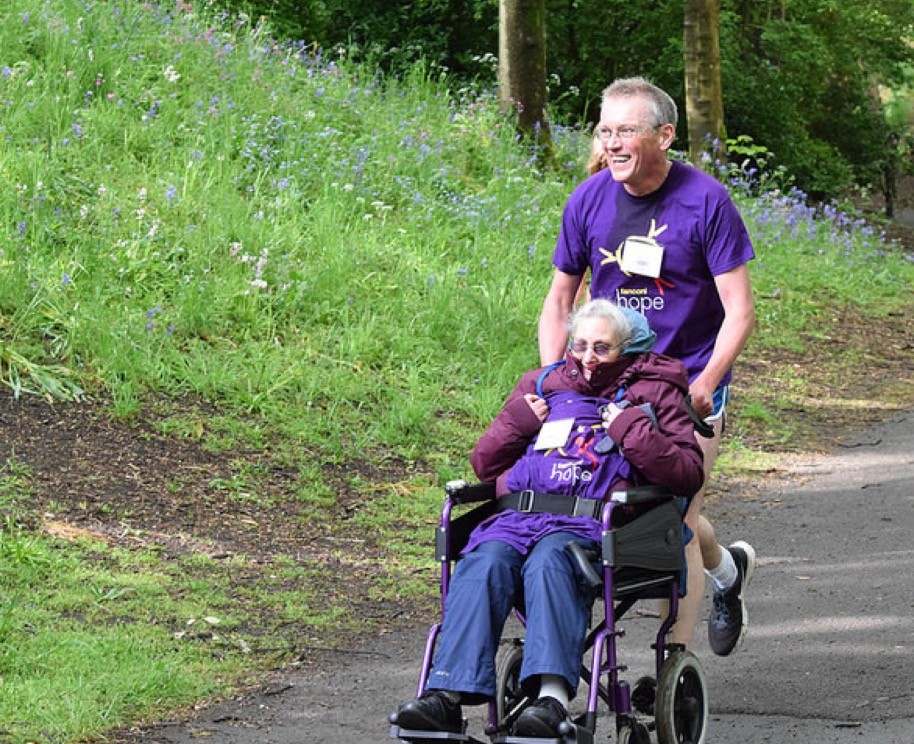 When you walk through a storm

Hold your head up high

And don’t be afraid of the dark

At the end of a storm

And the sweet silver song of a lark

Walk on through the wind

Walk on through the rain

Though your dreams be tossed and blown

Walk on, walk on

With hope in your heart

Walk on, walk on

With hope in your heart