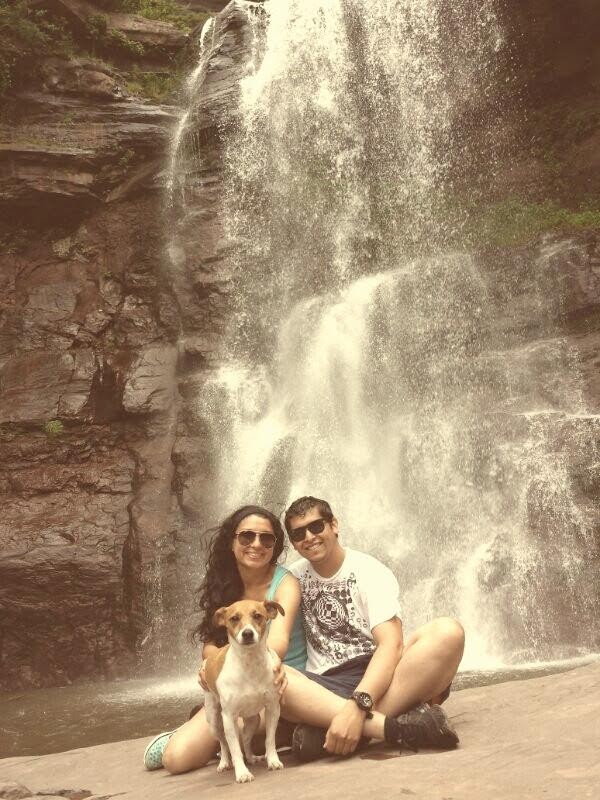 Natalia and Joel with their dog

I remember the day well. My husband Joel had his annual check-up in New York on a random April day in 2017. In May, shortly after his appointment, Joel was diagnosed with Fanconi anemia (FA). At first, we thought It was just a regular anemia, but then the doctor informed us that he might need a bone marrow transplant and we began to take the situation more seriously. The news was devastating and left us feeling hopeless.

I prayed for help and found FARF. Immediately, I received support from FARF staff, who recommended that I make an appointment with Dr. Farid Boulad at Memorial Sloan-Kettering Cancer Center (MSKCC) in New York City. I spoke to the FARF Family Services Director that morning, and by the afternoon I received a call from Dr. Boulad. He and Dr. Maria Cancio restored our hope. After speaking to them, we decided to go to MSKCC to treat Joel’s condition.

Joel received his first bone marrow transplant in December of that year. He responded very well to treatment and didn’t experience any negative side effects. My brother Federico flew all of the way from Paraguay to assist me with caregiving. The three of us (Federico, Joel, and I) truly made an amazing team. Humor, love and faith was what kept us strong and positive, even though ultimately, his long-term prognosis was poor.

Right after his transplant, and before Joel was discharged from MSKCC, we received the news that he had another condition called myeloproliferative neoplasm (MPN). At that time, we weren’t worried about it. We were just so overwhelmed by the love and care that we received from hospital staff. 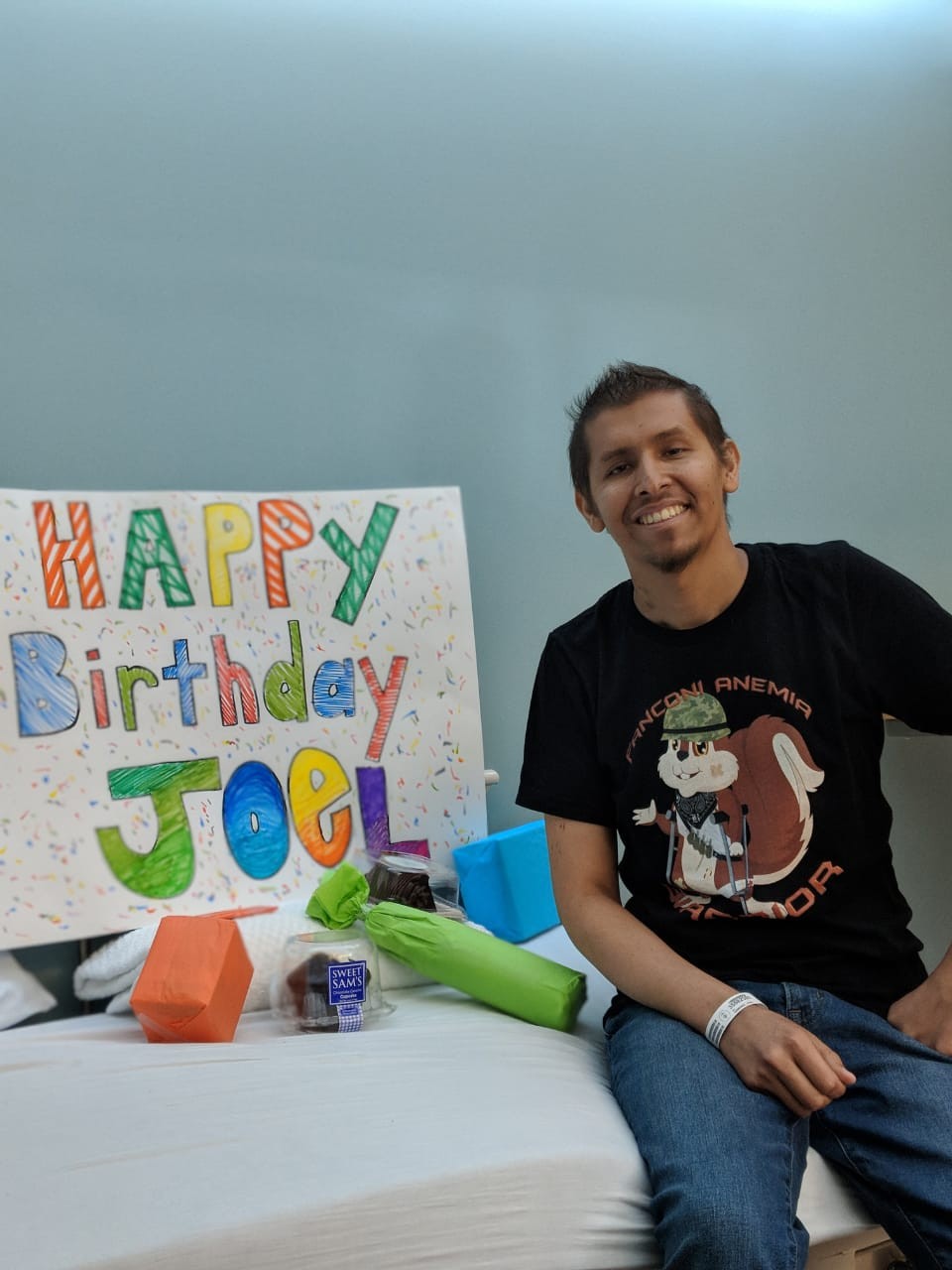 In May of 2018, Joel received the news that he could proceed with another bone marrow transplant, or that he could continue to proceed with his current treatment regimen. The decision was difficult for him, but ultimately, he decided to take the calculated risk of having a second transplant. He was matched 10/10 with an international donor and proceeded with the transplant. We were encouraged by the fact that the cells were one hundred percent engrafted, however, shortly after, we received the awful news that Joel had now developed leukemia. The thought of a third transplant was almost unbearable. We learned that Joel’s body would be unable to withstand another transplant or any other strong treatment for leukemia.

In November of 2018, Joel asked me to marry him. We were married that December, and family from Paraguay, Canada, and Maryland were able to celebrate that most unforgettable moment in our lives. Nurses, Doctors, assistants, volunteers, friends, staff members on the floor joined us during the ceremony as well, which was held in the chapel at MSKCC. Our flower girl was a patient from the same unit as Joel, and was the sweetest little person that Joel met at the hospital. We couldn’t have asked for more in that moment!

That day, Joel was beyond blessed and he happiest he’d ever been. He received an abundance of love, so much more love that he could have imagined or asked for. He called each person who celebrated with us and thanked them for being angels in his life. 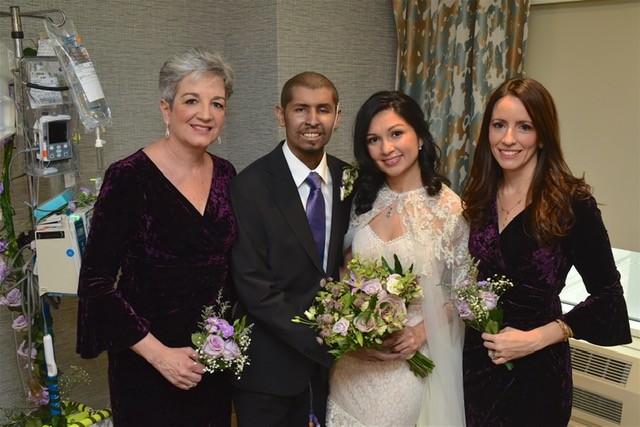 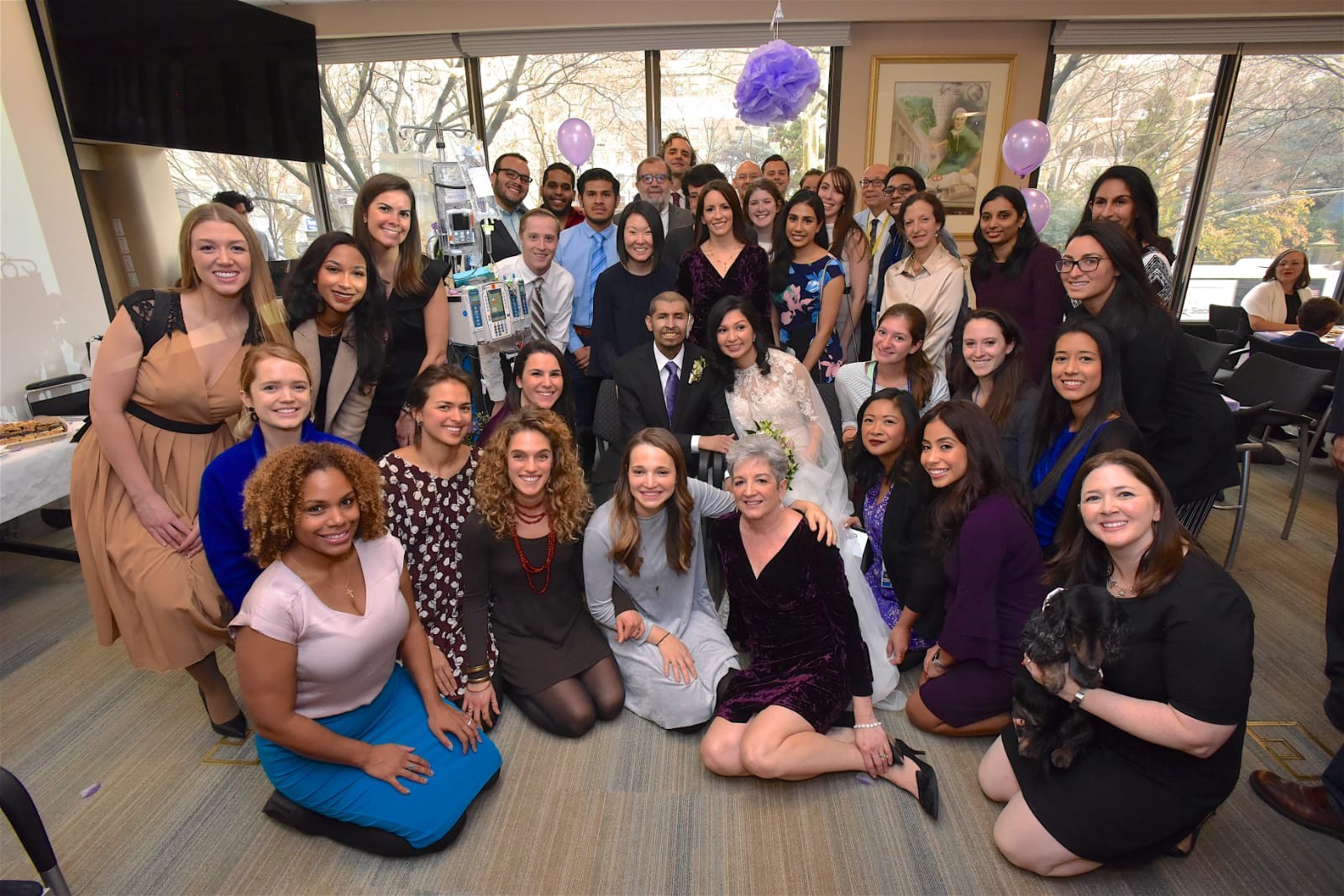 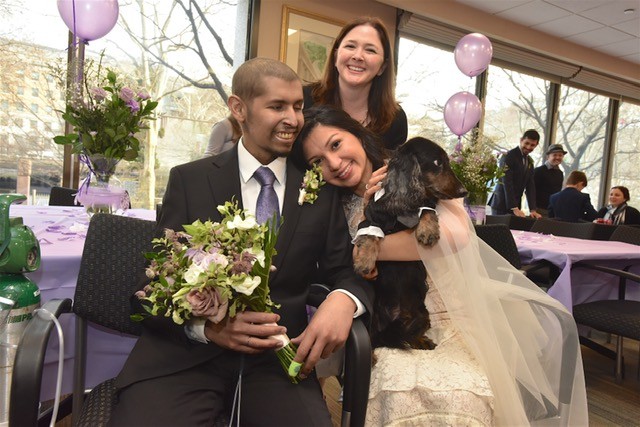 Above photos: Joel and Natalia on their wedding day with the staff at Memorial Sloan Kettering Cancer Center

His mission was to connect people and we try to keep this mission alive. Nowadays, I remain in close contact with the people who took care of Joel at MSKCC, including Dr. Cancio, who I consider a close friend. She was and still is an Angel in my life with Joel and along this FA journey.