Our Faith and Fanconi Anemia 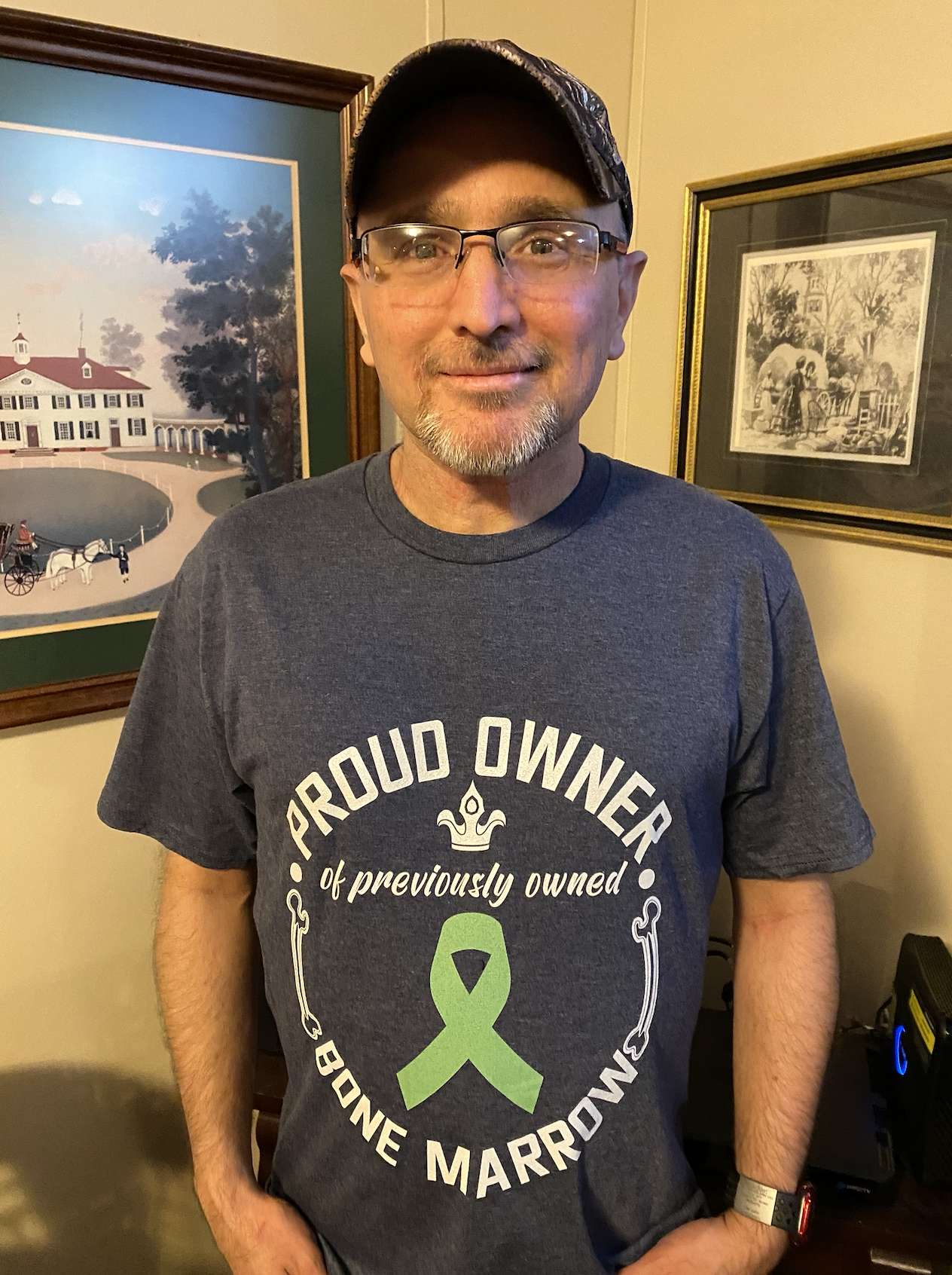 When I was diagnosed with Fanconi anemia later in life, it really made sense to me in a lot of ways, especially since I had low blood counts throughout much of my life. There were several instances when I was very sick as a child, and I even almost passed away at a young age. One time in particular stands out to me because I have heard my mother and others talk about it: I was less than two-years-old and my mouth was covered in sores to the point that I could not eat anything. This was in the early 1970s, and we lived in rural Georgia. No one had ever even heard of Fanconi anemia there, and even if they did, they would have had no way to diagnose it, let alone treat it.

The doctors were at their wits end, so they sent me home with my parents without hope. I hadn’t eaten anything in days, and the prognosis was that I probably wouldn’t make it unless I started eating. Thankfully, our pastor’s wife came over when she heard about my prognosis. She took me in her arms and together with my mother, they stood out on our front porch and called out to the Lord on my behalf. My appetite came back almost immediately, and the mouth sores began to go away. There were several other times throughout my life that the Lord Jesus intervened and healed me in ways that would allow me to live a somewhat normal life.

I received the actual FA diagnosis in 2020, after years of wondering what was causing my low blood counts. By the time I was finally diagnosed, my health was on a downward trend. Thankfully, my diagnosis allowed me to discover FARF, which opened a whole new world to me by offering sound advice for treatment and connecting me to a family that I did not even know existed, a FAmily that I could share experiences with. At first, I was hesitant to reach out to others with FA because I could see that many people who have the disease were much younger or were suffering to a greater extent. I thought that I may be an outlier, and, in some ways, I am, but it is also very comforting to know that there are several other “older” FA patients that were diagnosed later in life. 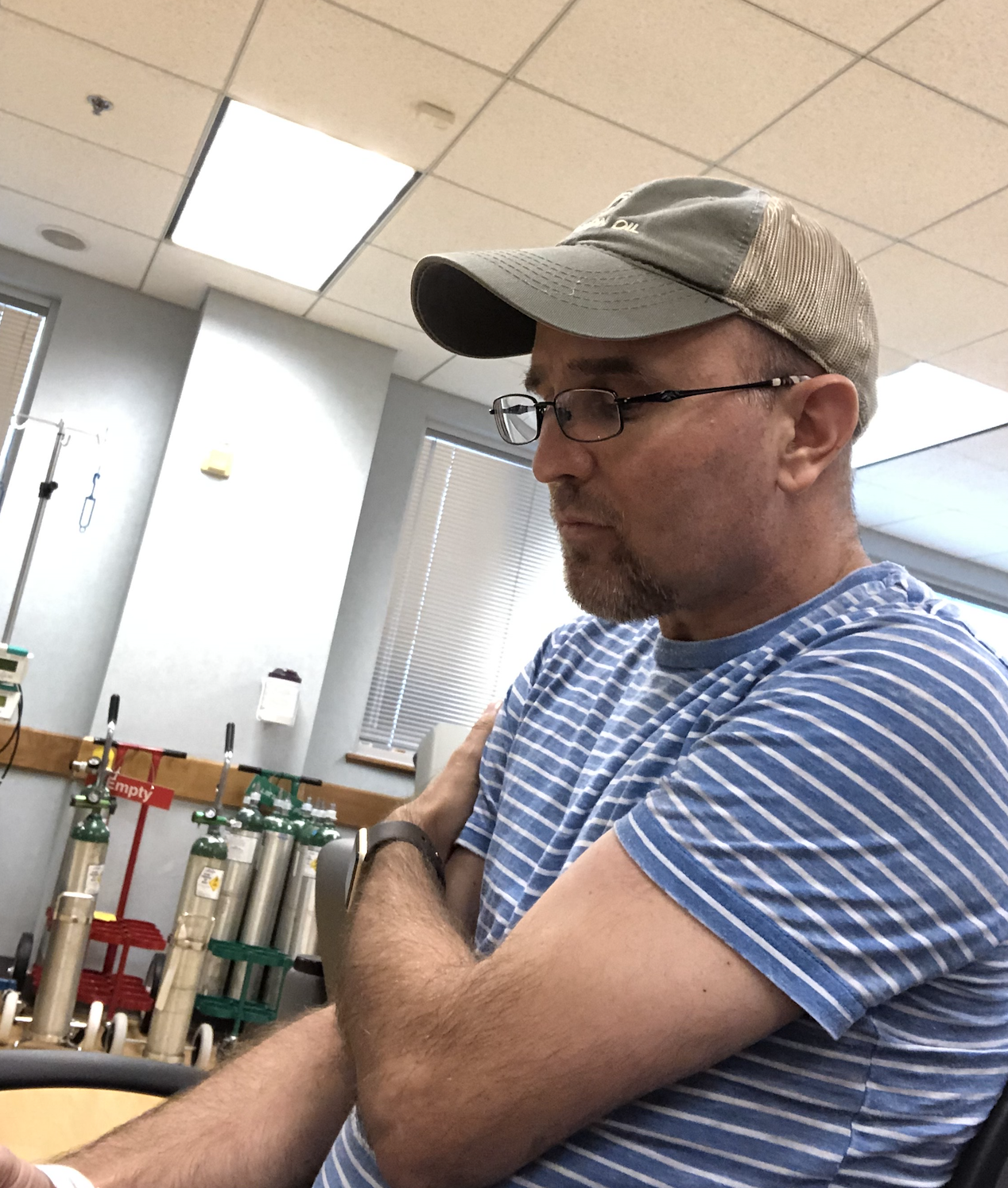 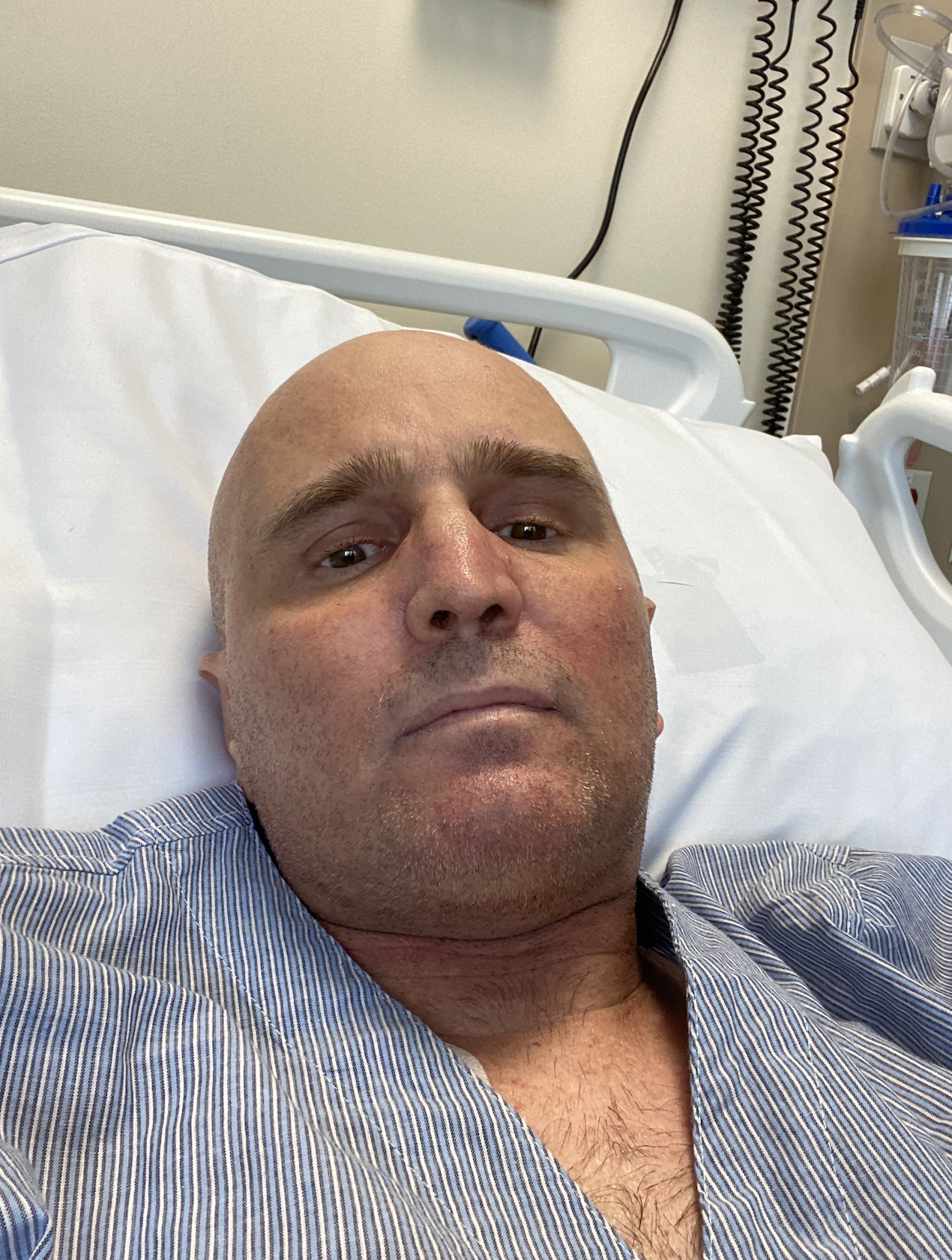 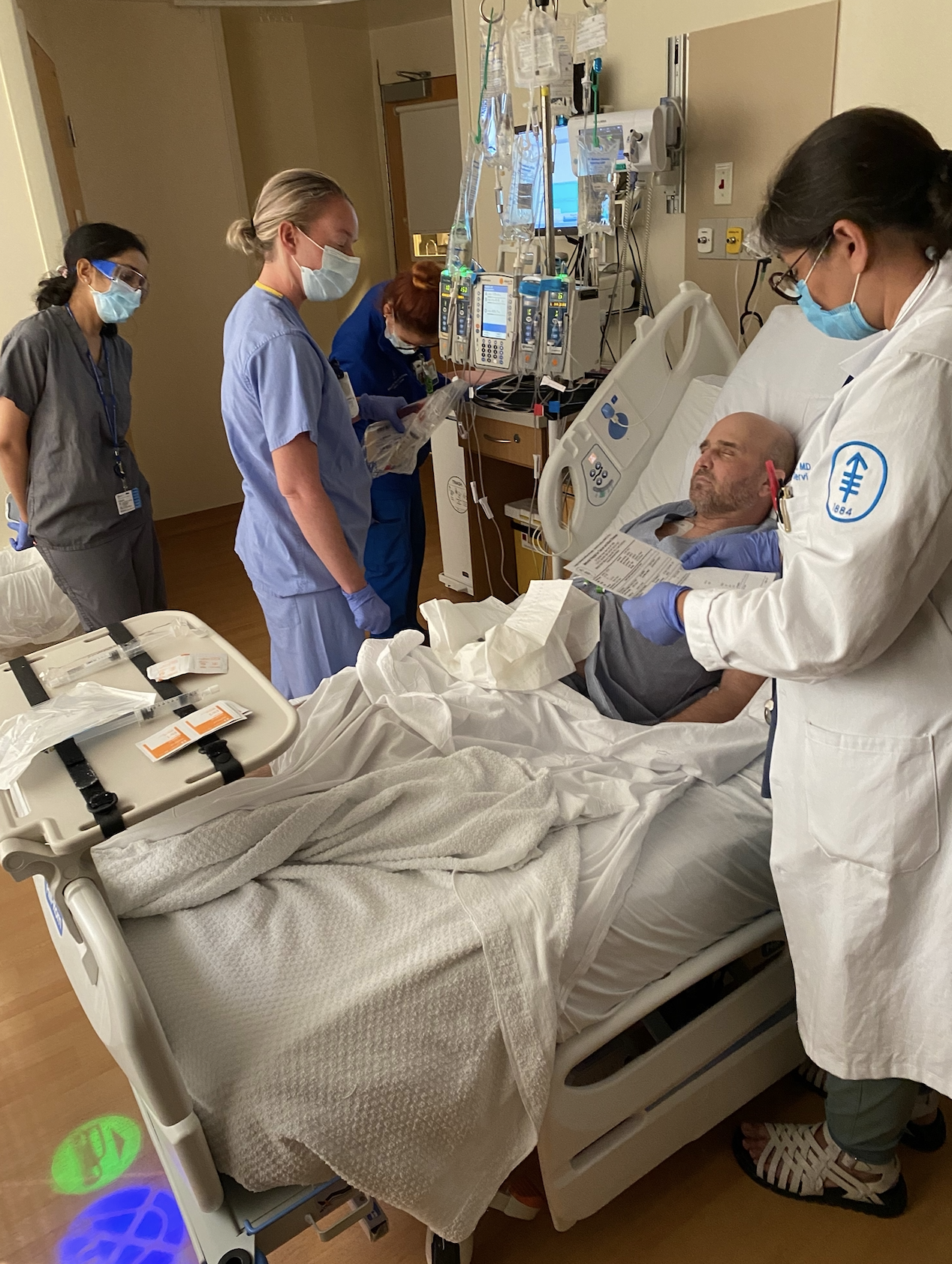 My diagnosis affected me on several levels. I was always an extremely hard worker and a big dreamer. After the diagnosis of Myelodysplastic Syndromes, FA, and eventually Acute Myelogenous Leukemia, I had a difficult time making decisions. I was a business owner at the time, and I needed to be quick in decision-making, and be able to make the right decisions at the right time. Thankfully I was referred to a psychologist, who also happened to share my faith. He helped me in several ways. I was diagnosed with “severe adjustment disorder,” which I had never even heard of. The diagnosis really helped me to be more focused on my mental and spiritual health. As I went through a few sessions, I was able to verbalize my issues to someone who would listen. My breakthrough before the stem cell transplant came when my psychologist asked me what I thought the heart of the issue was at the time. I said I was worried about what would happen to our church, business, home, and family while I was away at transplant. He said, “Dexter, do you believe that God is able to take care of all of these things while you are away, and take care of you as well?” That question hit me like a ton of bricks and helped me to refocus my faith around the issues that really matter.

The FA diagnosis also wreaked havoc on my wife’s mental health, so I have seen firsthand just how much a caregiver ends up sacrificing due to their love of the patient. My wife and I did eventually move from Georgia to New York City, and we saw how The Lord was able to work everything out for us just as He had promised that He would. Going through this whole process has helped me to better relate to those who are suffering. I’ve also helped and ministered to throughout my hardships and suffering. While my recovery has been smooth and less bumpy than that of others’ so far, I am still able to empathize with those who are hurting and suffering because I really went through it in the hospital, especially mentally. 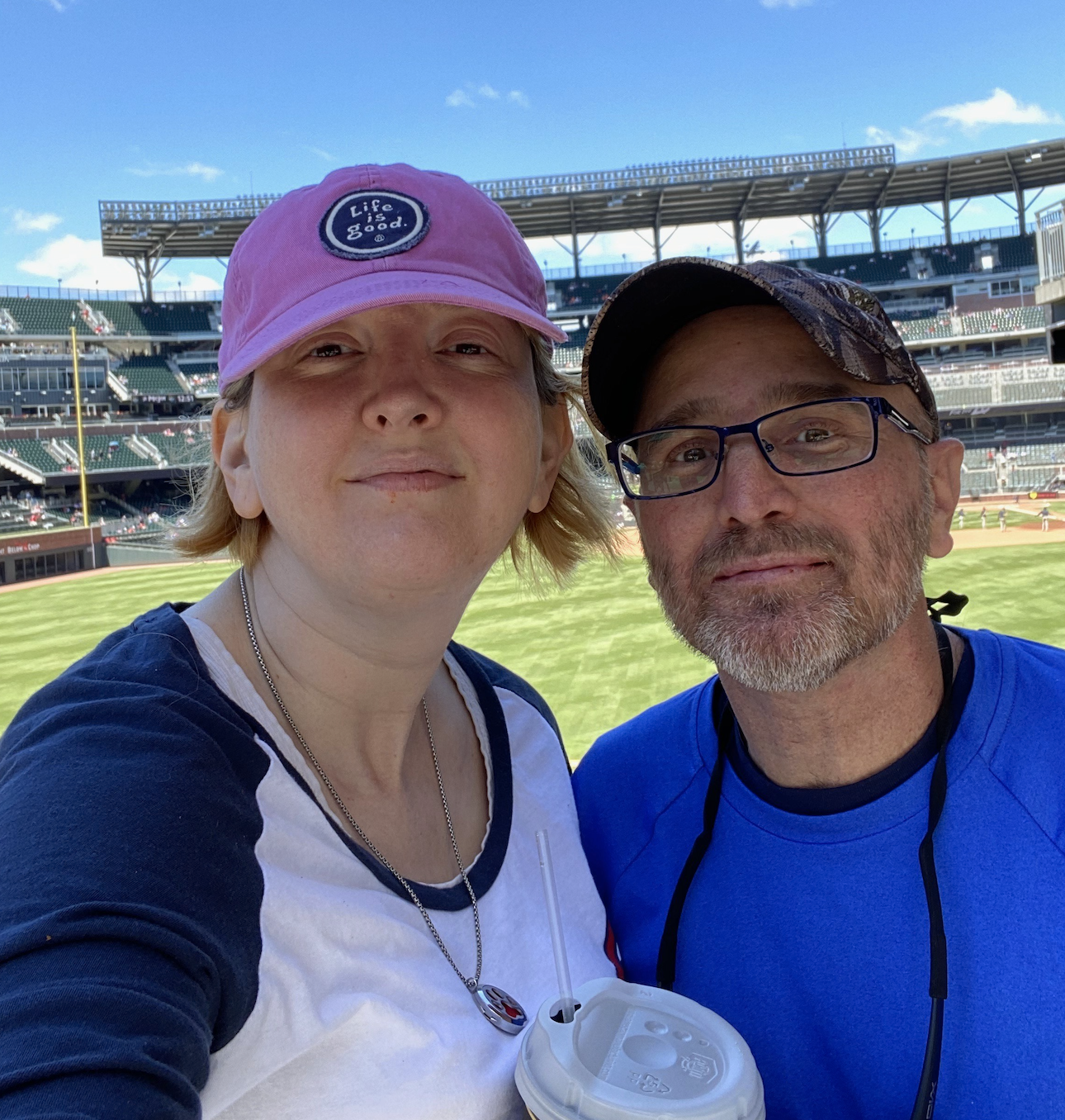 Dexter with his wife, Amanda

We have learned that not only is God able to help us by faith, but that it is also very important to have a good and steady support system in place such as FARF and the FAmily! I have several new friends, and it is incredible to be able to share my journey with them, and it is an honor to be able to take part in their journeys as well! Even a few months after the transplant, my wife and I are both still in counseling. She had some post-traumatic stress disorder (PTSD) related to being away from home and in unfamiliar surroundings. She also developed what doctors refer to as “dissociative disorder,” which is being treated now as well. I had some anxiety after the transplant, which was very unexpected for me. I thought that once the treatment was over, everything psychologically and emotionally would just automatically get better. I am happy to report that I am also doing much better mentally, and this is partly because we have made a concerted effort to take advantage of the services that are offered to make sure we are as whole as possible. I have also learned that God is truly able to fulfill His promises, and our faith has really helped to keep us on track this whole time.