Our Journey with FA and Brain Lesions

Eternal hope. Of all the characteristics that Fanconi anemia (FA) may or may not bring out in any of us, this is the one that will help us the most. We must always believe medical answers are right around the corner. We must always believe tomorrow will be better than today. Following this isn’t easy, but then again, nothing about FA is easy. We know that.

This is the second time I have been asked to write about our journey with FA. The first time was right after my now 19-year-old daughter Tara had successfully, and without many issues, gone through a bone marrow transplant in 2009.

Tara is the youngest of four children and the only one with FA. She had never been ill, and we were shocked to discover she was in bone marrow failure when she was seven. She was born small and stayed small, and sure, she had café au lait spots, but we had never heard of Fanconi anemia. Right after the diagnosis, I couldn’t even see the words without feeling sick. I’m sure every parent shares this moment when the knowledge of a demon you didn’t know to fear takes over your world.

Tara was transplanted right after her eighth birthday. Her sister Brenna was the match, and my writing at that time, in retrospect, was obnoxiously optimistic and now seems somewhat naïve. But I defend the need for optimism, especially when FA yields a surprise. It took our best medical detectives to figure out the surprise that began for Tara in 2013.

Tara with her mom, Mary Eilleen, and siblings

That was the beginning of the next leg of our FA journey, although linking the issue to FA would take years. We began an odyssey with neurologists, hand experts, and occupational therapists. No one seemed willing to tackle the source of the issue. (The preceding sentence encapsulates what would take me a book to explain.) What good is trying to treat a hand that is losing strength and coordination if one has no idea what is causing the problem?

My frustration was growing after visiting multiple doctors and sites, and when I started seeing signs of trouble in Tara’s walking in 2014, my frustration turned to absolute panic. The internet is often not the answer when panic has you by the throat, but in this case, it led me to a care team second to none. Enter Dr. Stella Davies and her colleagues at Cincinnati Children’s Hospital and Medical Center (CCHMC), most notably Dr. Greg Wallace and nurse care manager Leann Mount. After seeing what Dr. Davies did for us upon our first visit, I quickly nicknamed her “The British Dynamo.”

I searched the web for top neurology programs and CCHMC was near the top, and I knew it had an FA center. I made an appointment with neurology and then decided I should let the FA team know what was going on and that we would be visiting. That was all it took. We could have left the next day – they were that eager to help. We arrived for clinic appointments but by the end of the day, Tara was checked into the hospital so they could get a myriad of tests completed quickly. Stella Davies took control and worked with neurology and infectious disease to get as much data as possible. The MRI showed lesions on the brain that puzzled the experts and were not known at that time to be associated with FA. They are now.

Since 2014, we have tried plasmapheresis, steroids and a series of medicines and infusions. One step forward, three steps back. We added visits to Mayo and the University of Michigan. Suddenly in 2019, there was a breakthrough that linked the brain lesions to FA.

Dr. Davies became aware of at least two other people with FA who had similar-looking brain lesions. Those two had brain biopsies, which Tara has never had. In each, they found evidence of the JC Virus, something the majority of us have within our bodies and manage without incident. It seems the immune systems in some people with FA damage brain tissue while fighting the virus.

So now what? A huge question with no immediate answer. Dr. Davies and others are searching, writing and presenting papers. Scientists and clinicians around the world are now aware of the issue, and we can hope and pray that combined knowledge and curiosity result in answers for those we love – in my case, my sweet, determined, gutsy Tara. 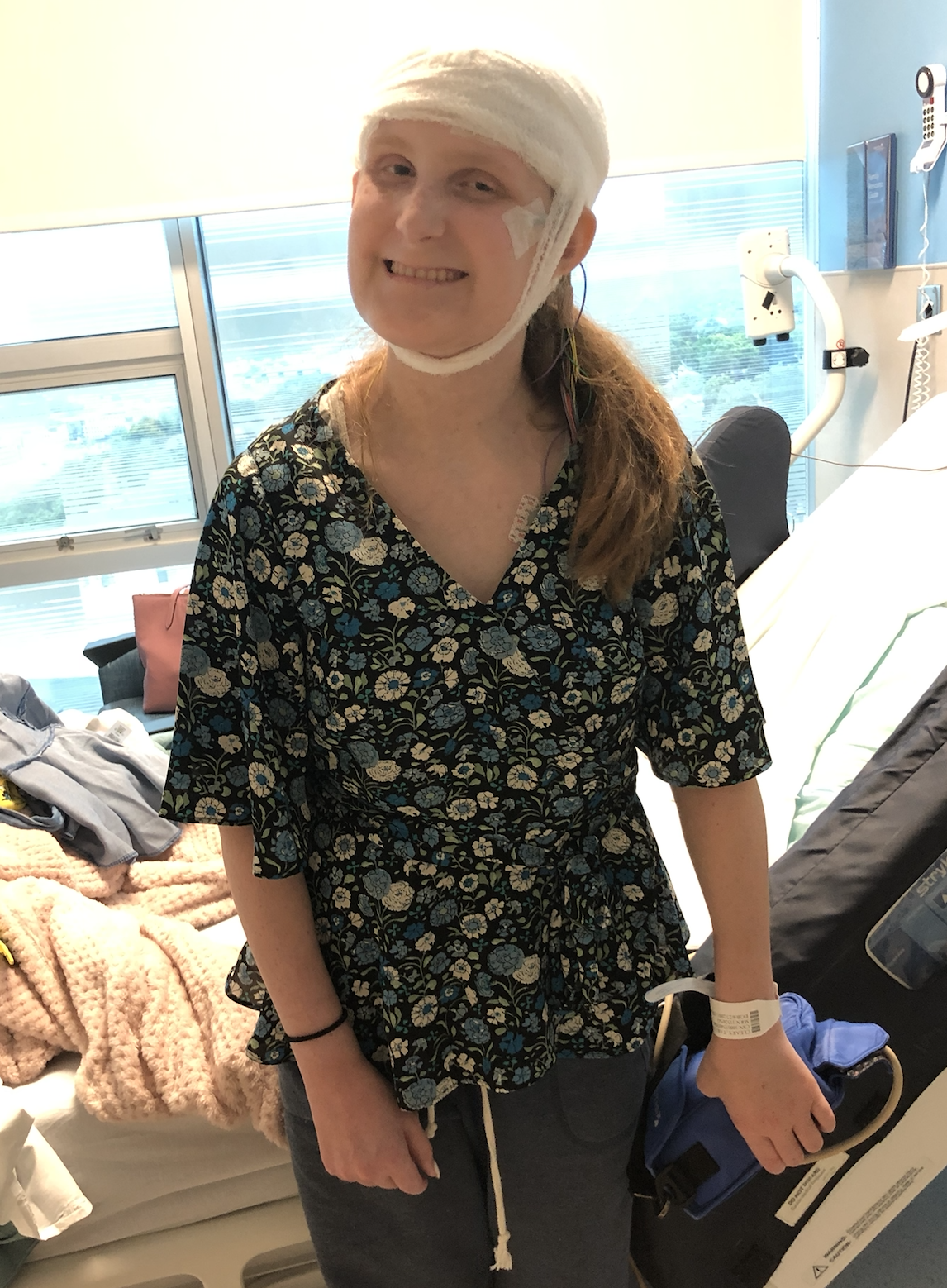 Since Tara was 13, she’s had to watch her abilities whittle away. She used to play volleyball and soccer. She used to be able to sign her name with ease. Now, she has to think about each step and struggles with balance, her vision and her memory. She’s had seizures and in November spent two nights in the PICU when a seizure came with an unexplained fever. She got out of the hospital on a Wednesday night and that Friday was answering questions during a Zoom job interview. She got the job. She just finished another class at the community college. Tara dreams of following in her sisters’ and brother’s footsteps – graduating from college, getting her own place and driving. Boy, does she want to drive. I want her to drive, too. I want it all for her. The path is not apparent now, but we remain hopeful.

I nurture eternal hope because the alternative is unimaginable. I also nurture eternal gratitude: for the medical professionals, who are just as gritty and determined as we are to find answers and give hope; for the FA family support group that rallies around any family in crisis; for FARF and the individuals who are part of its history and its future; for family and friends who listen, care and pray.

When you deal with a critical illness, eternity seems the proper measure.

Read more about neuroinflammation in FA
Other News