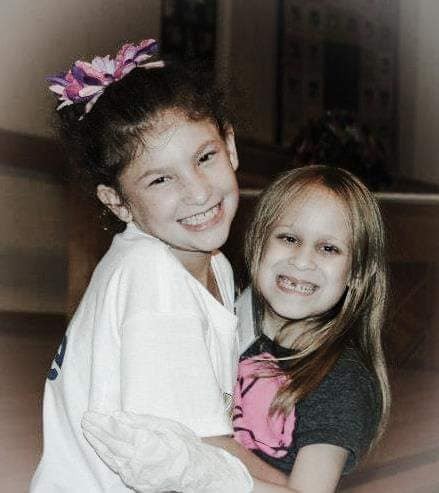 Bella and Piper together at Camp Sunshine

Several months ago, our 15-year-old daughter Bella undertook a very special sewing project. Under the tutelage of her grandma, Bella was entrusted to make a t-shirt quilt. These weren’t just any t-shirts, though. They were special and truly irreplaceable, as they belonged to her sweet friend, Piper Bentley. Piper and Bella met years ago at the FA Family Meeting at Camp Sunshine. Piper, like Bella, had Fanconi anemia (FA).

In the summer of 2014, Bella and Piper enjoyed spending time together at Camp as they had done for many summers. Of course, as always, there were many tears as we said goodbye. Little did we know that it would be the very last time the girls would see each other.

A few months later, Piper desperately needed a bone marrow transplant (BMT), as her marrow was failing to produce life-sustaining blood cells. A BMT is a very difficult and grueling process that wipes out your bone marrow and the entire immune system to prepare for new, healthy marrow. It is also very dangerous. Piper received her transplant that fall. She fought so, SO very hard for months after transplant, but with a weakened immune system, her body was attacked over and over again until January 13, 2015, when she earned her angel wings at the tender age of nine.

Piper was the first friend Bella’s age that she lost to the same disease she has. It hit us all hard when the FA community lost Piper, but it absolutely devastated a then 11-year-old Bella. To this day she cannot talk about her friend without tearing up. Bella’s dog, Piper, was named in her honor and brings much comfort and joy to Bella’s life, especially during the difficult times. 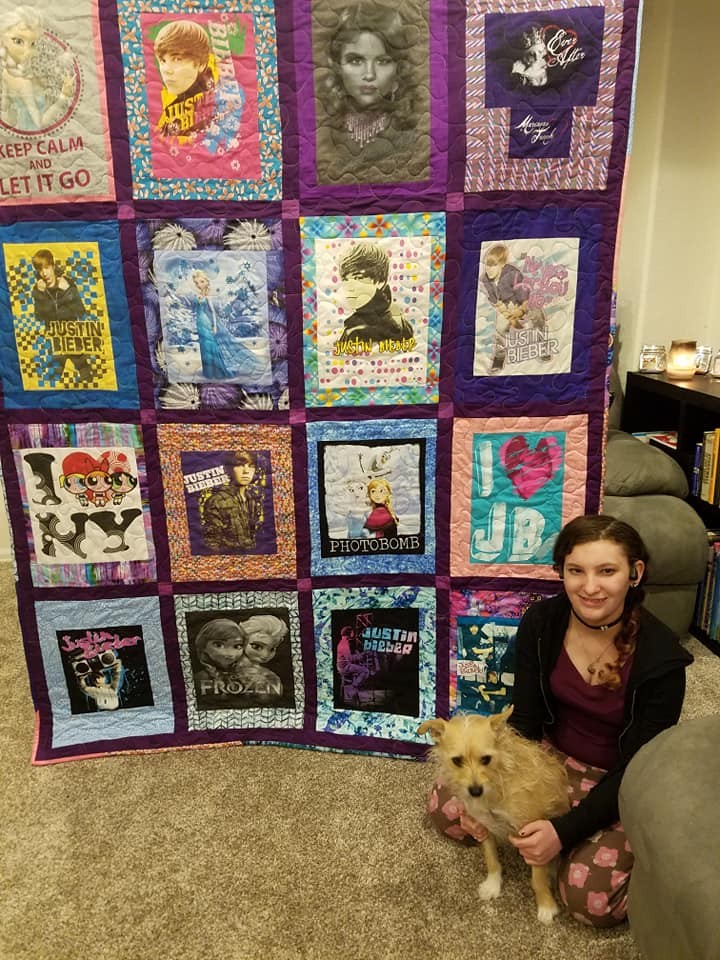 Bella with her quilt and her dog, Piper

So, back to this sewing project. Bella worked hard to ensure every stitch was perfect and that every seam matched up, knowing how special it would be for Piper’s family. After many weeks, it was finally done. Made with so much love and many tears, Bella had created a masterpiece.

In early December, we packaged it up and shipped it off to Canada to Piper’s parents, Karen and Chris. We prayed it would arrive quickly and safely in time for the five year anniversary of Piper’s passing. It was on that very day, exactly five years after this sweet angel earned her wings and beat FA forever, that her parents opened a package to reveal the t-shirt quilt Bella made with Piper’s most beloved shirts. I can’t help but think that maybe someone had a hand in timing its perfectly timed arrival.

Only for Piper would Bella immerse herself for endless hours in Justin Bieber and Frozen t-shirts. We hope this quilt brings Piper’s family so much love and joy. We hope that when they’re wrapped up in it, they feel embraced by Piper herself.