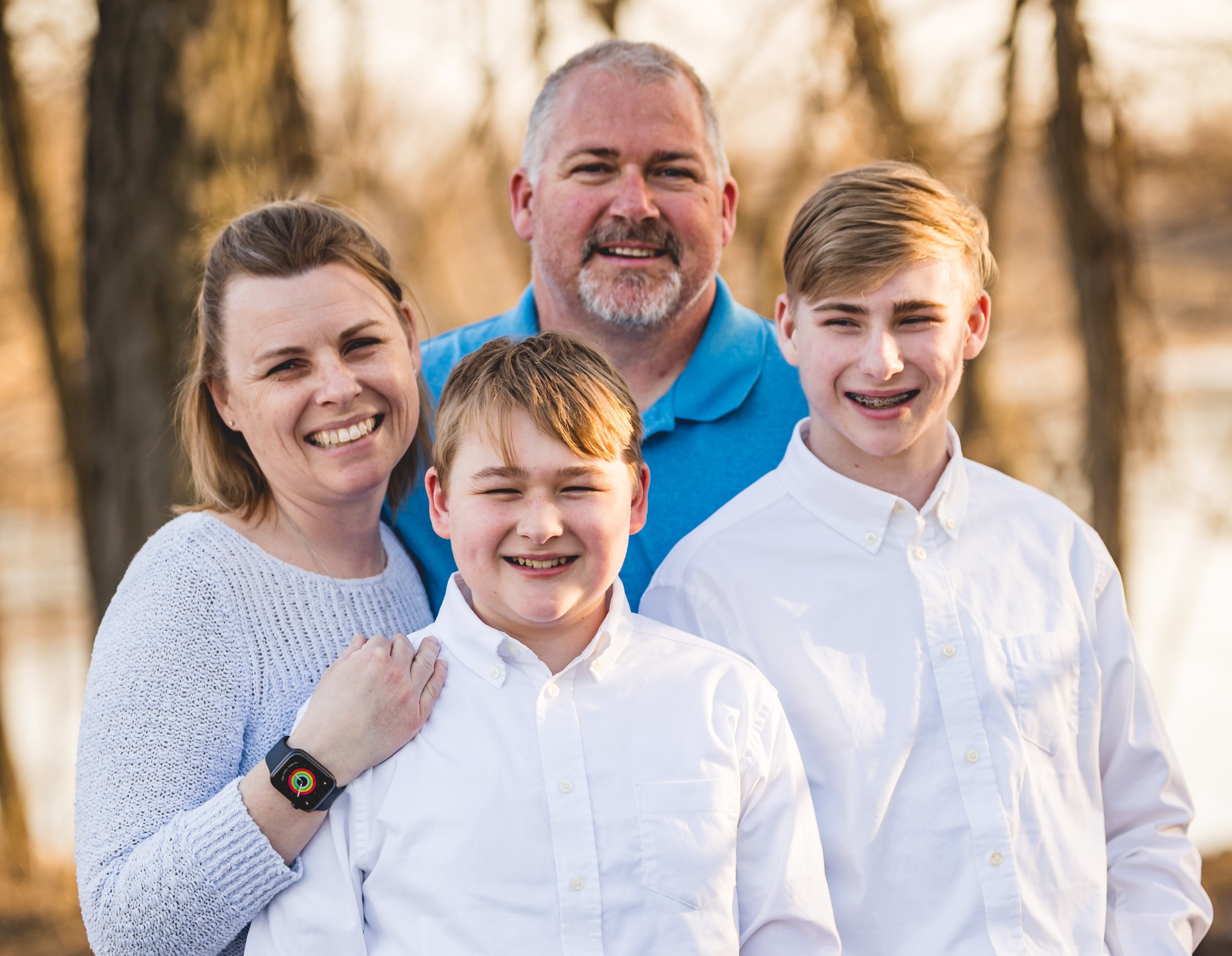 The beginning of Michael and Brett’s Fanconi anemia journey

Our journey with Fanconi anemia (FA) began February 7, 2016 – a night we remember vividly. It was the first time – but not the last – that we would wonder if our son would make it through the night.

What we thought was just a bad bruise from sledding turned into an ambulance ride to the nearest children’s hospital, where we heard the words “your son has cancer, we think it is leukemia”. Within the following six months, we came close to losing Michael two more times, but ultimately he went into remission from the acute myeloid leukemia (AML).

Two years later we would hear those dreadful words again, only this time Michael would battle an even more rare form of AML: acute promyelocytic leukaemia (APML). Over the next nine months, he traveled for outpatient chemo, was in and out of school and endured fluctuating blood counts.

This led us to ask the big question: WHY? Why two different forms of leukemia, with one more rare than the other? This question was answered following genetic testing. He has a double mutation of the BRCA2 gene and a diagnosis of Fanconi anemia.

Our world changed even more when our oldest son, Brett, received genetic testing and we learned he too has the double mutation of BRCA2. We now had another diagnosis of Fanconi anemia and even more unanswered questions. 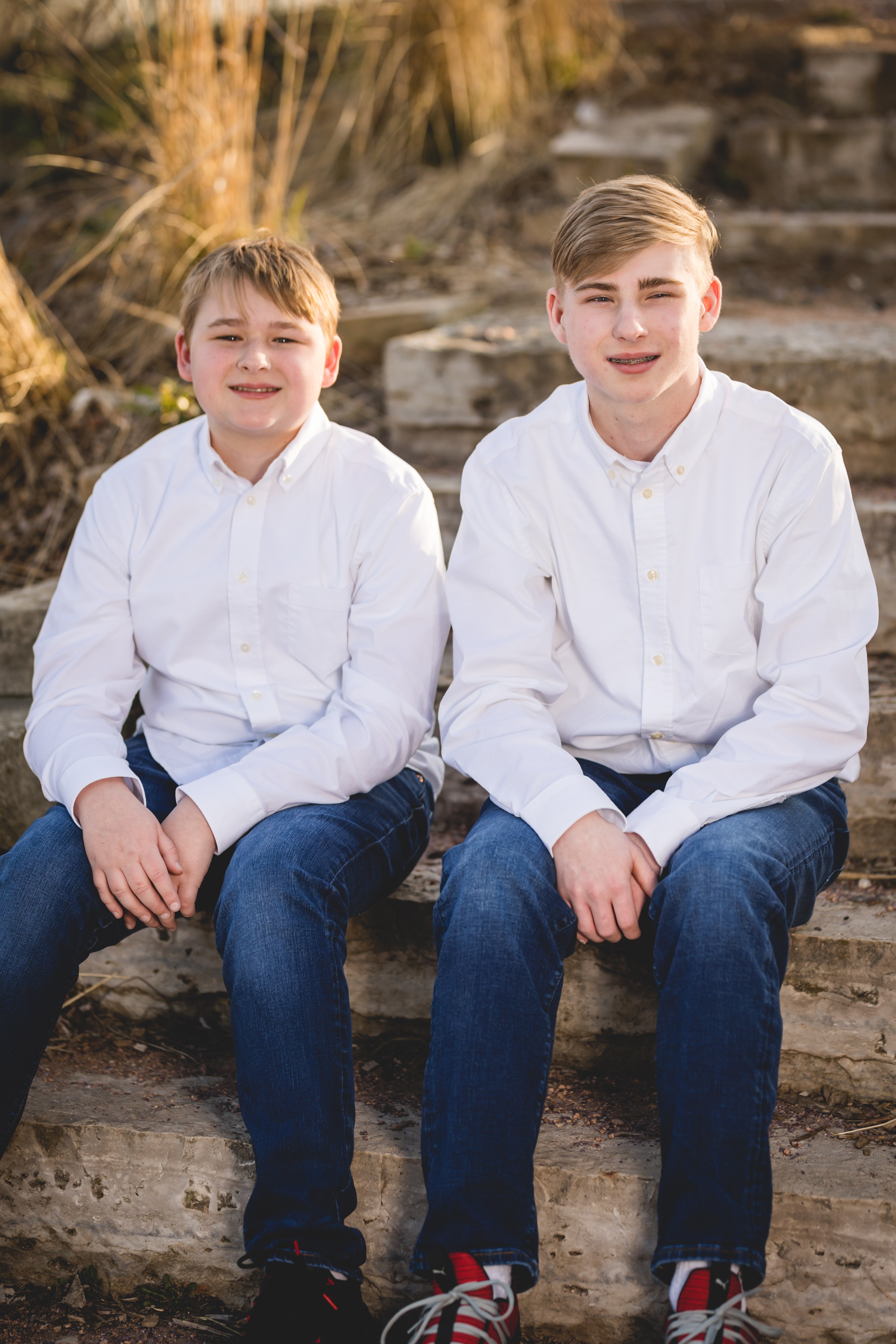 Connecting with FARF and FA specialists

Thankfully, we found the Fanconi Anemia Research Fund (FARF) and received some direction and guidance. Finding FARF was a life saving moment for our family. The staff introduced us to some amazing families, doctors, and a new support system. FARF led us to the University of Minnesota and a care team like no other.

In February 2021, we met Dr. MacMillan, who took the lead on both Brett’s and Michael’s care. She recommended a bone marrow transplant (BMT) for both boys as soon as possible. We returned home that day in February trying to find words to share with our families and our co-workers. We started to navigate health insurance with a diagnosis no one had heard of.

Not one, not two, but three bone marrow transplants

Michael was admitted to the University of Minnesota Children’s hospital in April 2021 to begin his transplant process and the journey that would take our family 450 miles apart for more than a year. We found temporary housing in Minnesota and I learned how to work remotely.

On April 26, 2021, Michael received his new cells, worked hard to grow new ones, and at day +60 learned that his engraftment had failed. This meant he would need a second transplant. Michael and I finished his 100 days in Minnesota, returned home to Wisconson and waited till October when Brett would begin his BMT journey.

Brett got his new cells on November 10, 2021 and on day +12 was discharged to our Minneapolis apartment. He had a few bumps in the road with skin infections, an early line removal, and a slow growing CD4. However, on day +100, Brett rang the Bell of Bravery and returned home!

While Brett recovered, Michael returned to Minnesota and began the BMT journey once again. Both boys were in Minnesota at the same time for only about a month as Michael started transplant #2 and Brett continued to recover. Michael received his second set of donor cells on January 26, 2022 and started his journey towards 100 days once again.

On May 5, 2022, he rang the Bell of Bravery and after 13 months, one day and three transplants, our whole family would be home together in Wisconson! 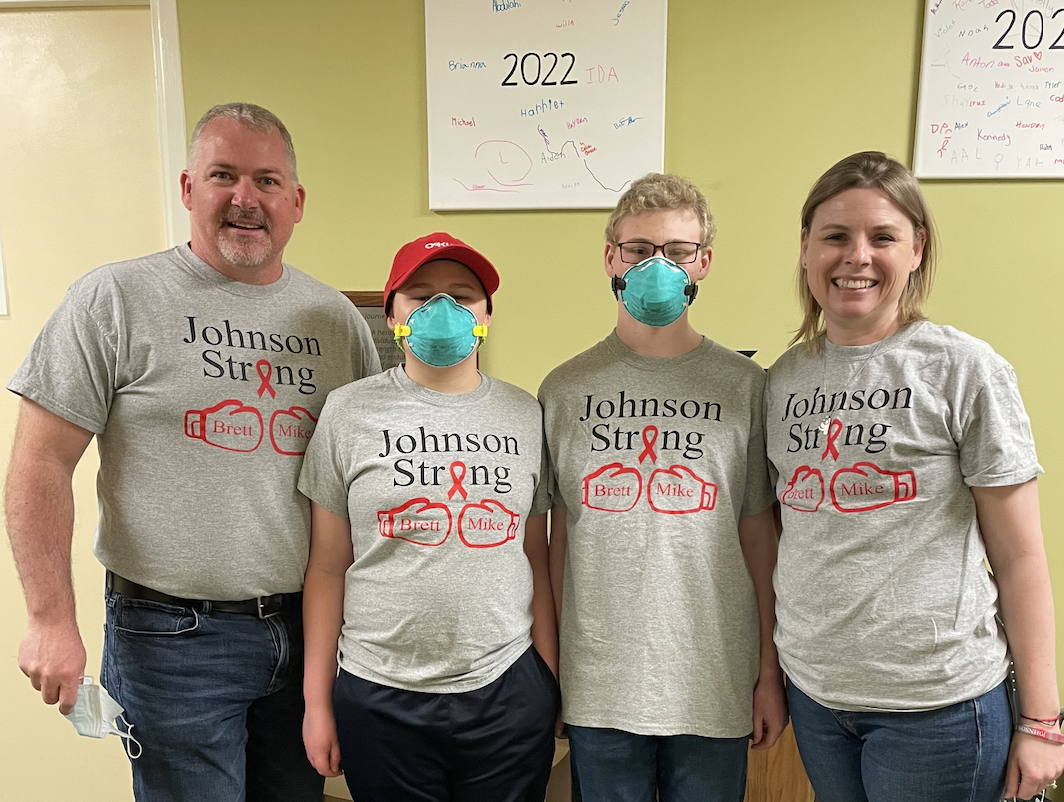 Both boys safely through transplant in 2022

This journey has brought new people into our world that we now couldn’t imagine living without. It has reinforced our philosophy of ‘one day at a time’, and has taught us that it is okay to need help.

FARF has connected us to great doctors, resources, families, and has helped us better understand our roles as caregivers.

For now, both of our boys are fully engrafted and recovering at home in Wisconsin. We make frequent trips back to the University of Minnesota and slowly, we are figuring out what our life looks like post BMT.

We don’t take any day for granted and we take the time to say “I love you” as much as possible.