Violet’s Journey to Diagnosis and Transplant 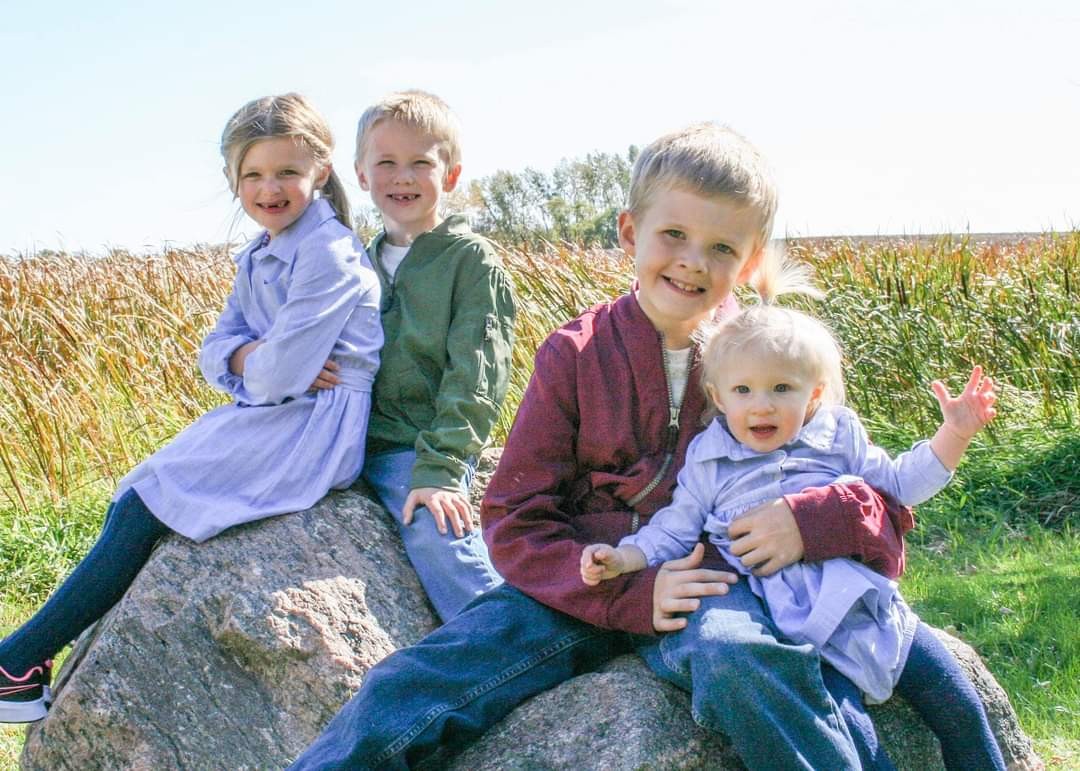 Violet (far right), with her siblings Emma, Fisher, and Tyson

Hello, FAmily! My name is Paige, and my three-year-old daughter Violet was diagnosed with Fanconi anemia (FA) in 2020. Violet has three older siblings: two brothers and a sister who do not have FA. Violet’s journey to diagnosis and beyond has been eventful to say the least.

Our story began when I was pregnant with Violet. We thought all was normal until the scans at 20 weeks. Violet’s growth had slowed greatly. There was fluid around her brain, and issues with blood flow in her heart, among other anomalies. This immediately put me in a high-risk pregnancy where I was monitored regularly. I was induced at 37 weeks because her doctors believed she would grow better ‘on the outside’.

Violet was born weighing 5 lb. 4 oz. While she was small, her other anomalies had seemingly disappeared. Twenty-four hours after birth, Violet was admitted to the neonatal intensive care unit with breathing and blood sugar issues. At this point, her doctors did not seem worried. I was discharged from the hospital without my newborn. After seven long days, Violet was discharged.

The first few months of her life, Violet was monitored with regular appointments to make sure she was gaining enough weight. Her doctors told us she would catch up by the time she was two, but so far, this was not the case. She was diagnosed with failure to thrive, gross motor delay, and oral aversion by the time she was nine months old. For this she received therapies and early intervention. She also never slept through the night. It was around that time I noticed she had multiple discolorations on her skin. She has both hyper and hypo pigmentation, as well as many cafe au lait spots. This all together is what led us to pursue genetic testing.

I decided to reach out to the Mayo Clinic in Rochester, Minn. The doctors there were more than willing to help us get a diagnosis for Violet. We saw several doctors, including a geneticist and an endocrinologist. They did MANY tests and we returned to Rochester a total of six times. There were many diseases that fit some of Violet’s symptoms and features, but not one that seemed to fit them all. This was an incredibly scary time for all of us, as most of these diseases were not promising and did not give us much hope. 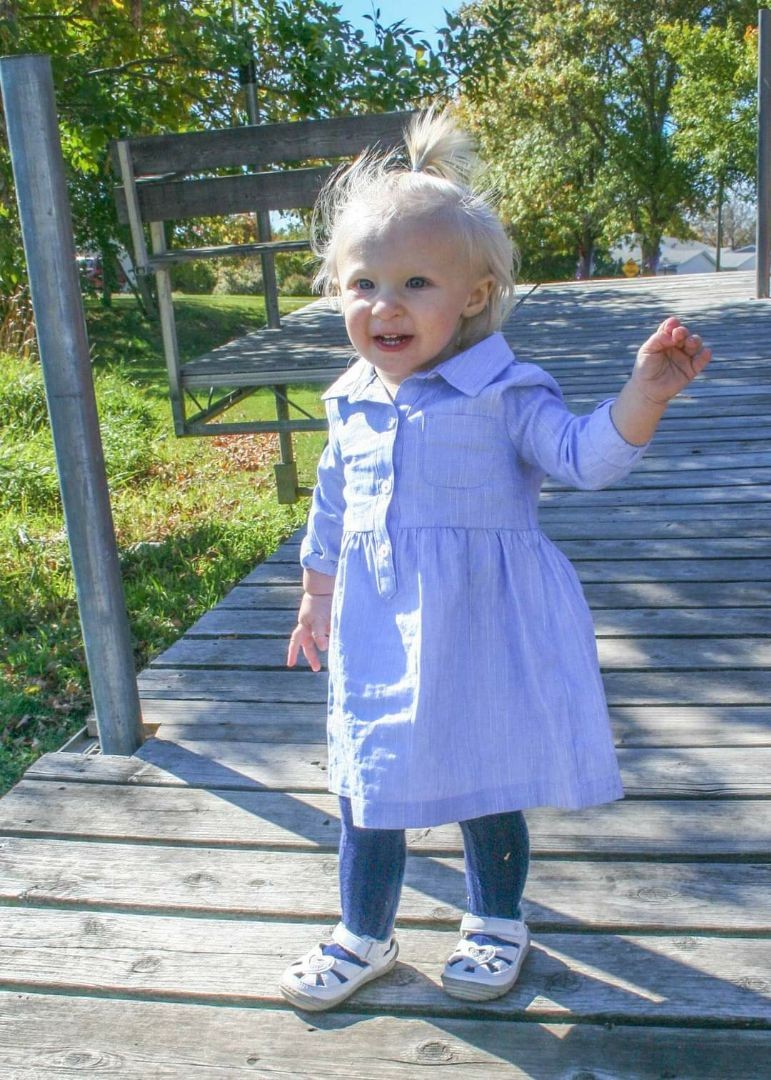 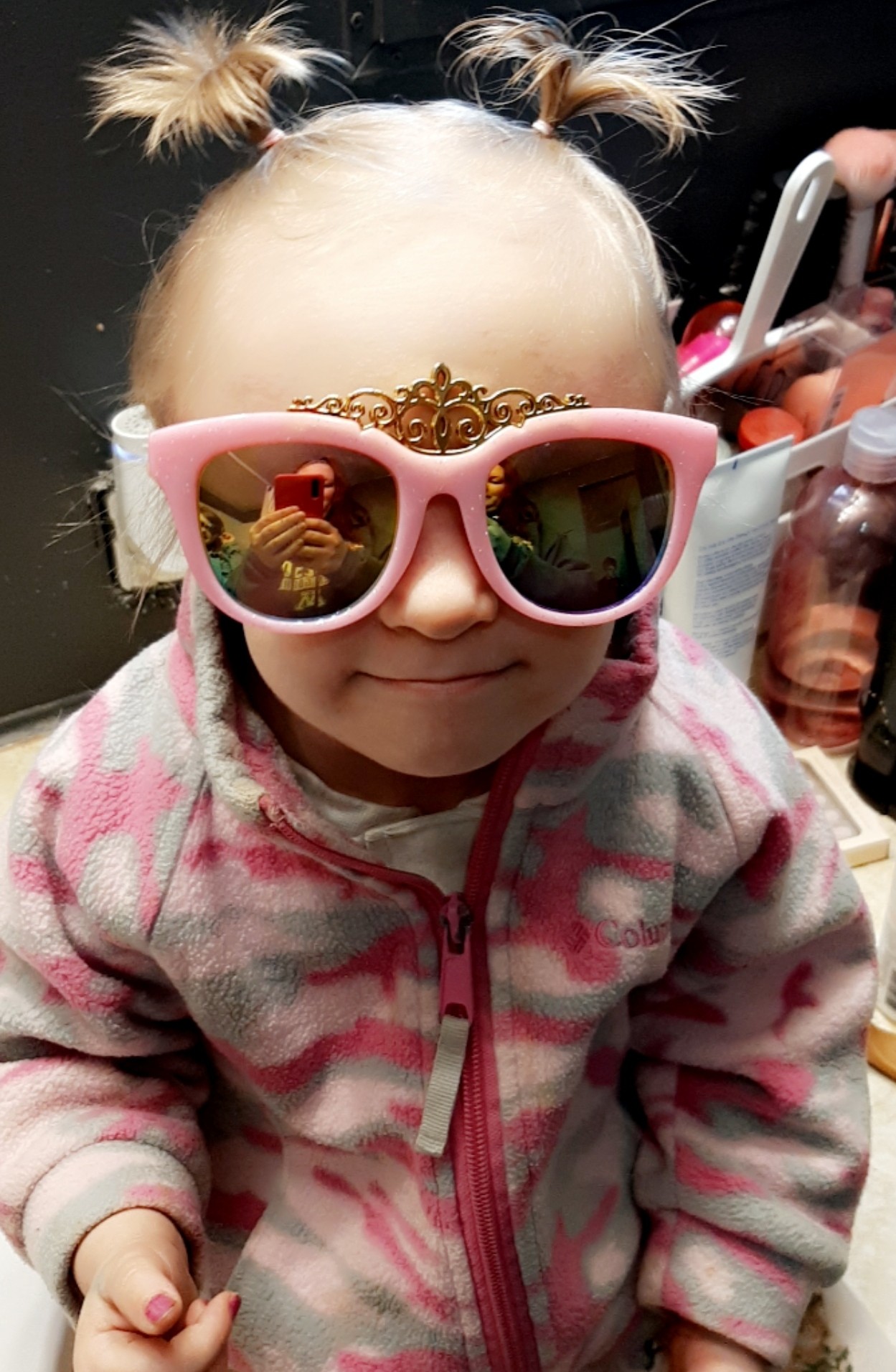 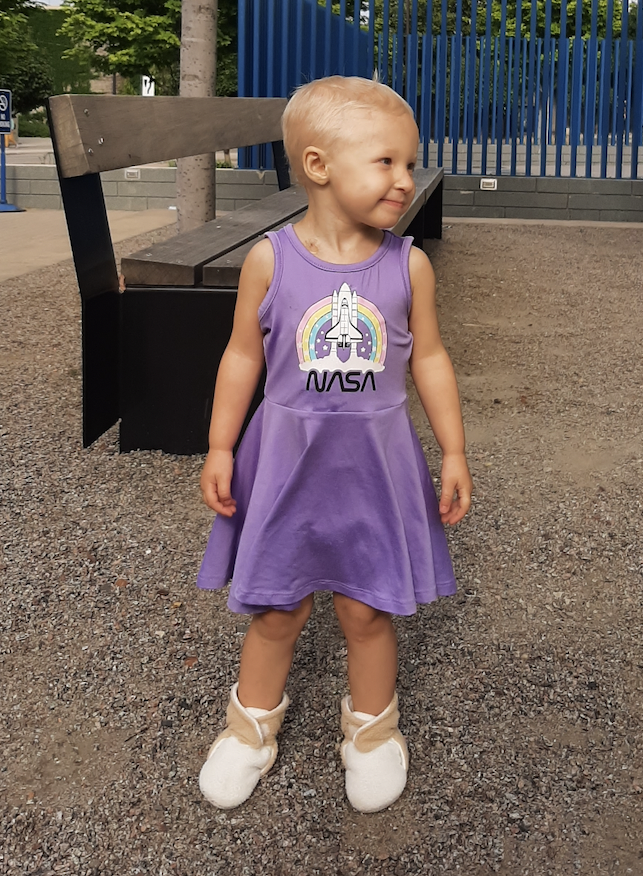 After nine months of testing and waiting, I received a phone call to set up a video visit. We were both excited and terrified, as I was sure this meant a diagnosis. I will forever remember September 18th, 2020. I sat alone while waiting for the doctor to come on the video, and when he did, I could see it in his face that this wasn’t going to be good news. He said the words ‘Fanconi anemia with the complementation group D1’. I had never heard of this, and I tried to listen as he explained, while I trying to hold back my tears. Our doctors at Mayo Clinic had also not heard of FA. While some of the doctors tried to quickly educate themselves on this disease, others did not, and I felt I needed to educate them. This is not what I wanted. I trusted our doctors, but I too needed to know more. I wanted to feel confidence in the choices that our doctors were making.

Connecting with FARF and an FA Center

With the need to learn more about FA, I reached out to the Fanconi Anemia Research Fund (FARF) and quickly got connected to a family support group. From there, we were directed to a comprehensive FA center. Lucky for us, there was one even closer to us than the Mayo clinic. Not only was this center a shorter commute for us, but I also knew we would be with doctors who had experience and knowledge of FA. We met with a specialist at The University of Minnesota, where we were almost overwhelmed with information. 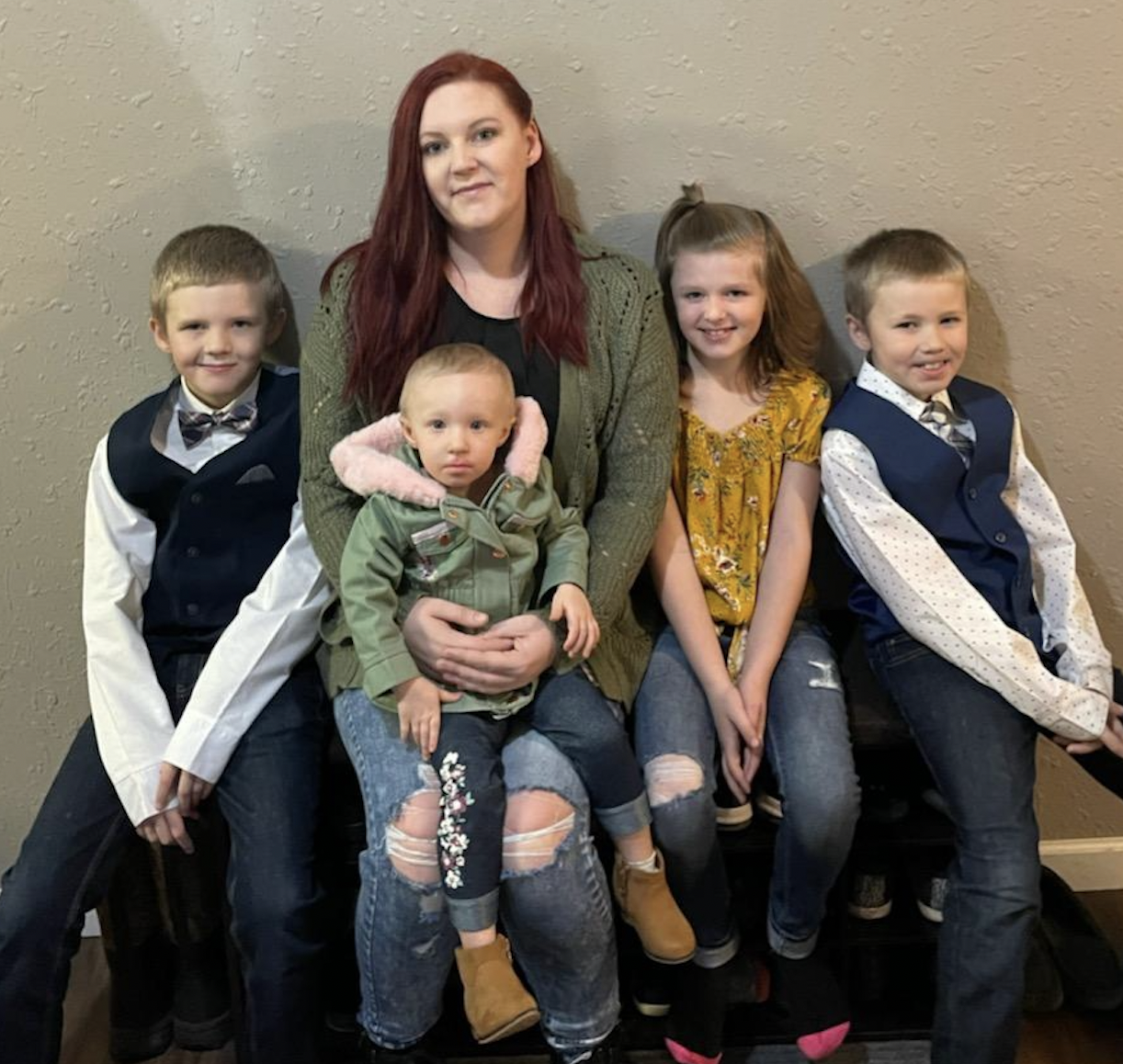 We were told Violet needed a bone marrow transplant. With this came a huge flood of emotions, one of which was hope. Violet was seemingly healthy, so others did not understand the urgency and need for a transplant. I remember telling the FA team, “this gives us hope, and this will hopefully help eliminate the risk of certain deadly cancers”.

Violet went to transplant in January of 2021. Unfortunately by March of 2021, we were given news that Violet’s transplant had failed. This news was something we never expected. When our doctors told us she would need some time before trying again, we knew we could trust them. The plan was to do a second transplant in August 2021.

We are now nine months post Violet’s second transplant, and she is doing amazing! We feel so much hope for her and our FA family. We are extremely grateful for this community. I hope and pray that others can find the same kind of comfort that we have found. I know that Violet’s journey will continue, and she will continue to be a rockstar in everything she does. Since diagnosis, the biggest lesson I have learned is to just keep going, don’t give up, and have faith in everything you do.