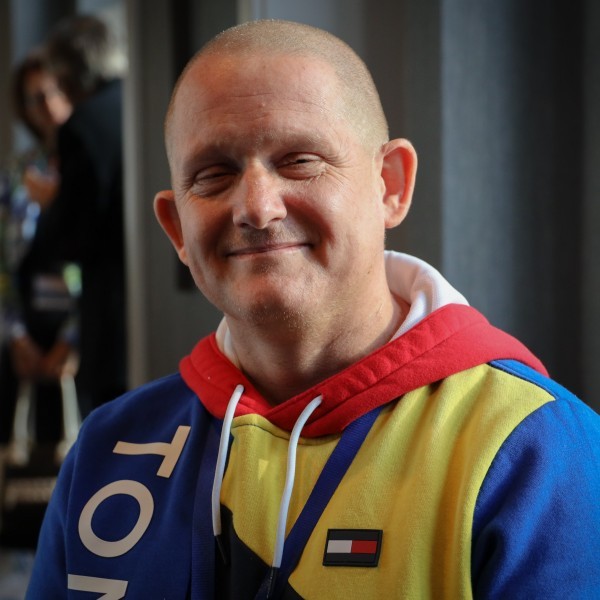 Daniel lives with his wife and son in a small town close to Copenhagen, Denmark. He is 45-years-old and works as a pedagogical assistant at a nursery. Daniel received a bone marrow transplant in 1985 and had one oral cancer in 2014, the same year he first attended his first FA Adult Meeting. Daniel strives to be a positive role model and to show younger people with FA and their parents that there are plenty of reasons to plan for a better future for yourself or your child. FA is serious, but Daniel sees the power of using humor to make life a little bit easier. A self-proclaimed “big child”, gaming is a big passion of his. He worked in the gaming industry for years and also used it raise funds though livestreaming online games. He launched a podcast called “Life, Death, and Happiness” that featured the stories of those living with rare diseases (many guests have FA). Next on his creative endeavors is releasing a Danish rap album in May 2021. Daniel is committed to living life to the fullest and serving as an inspiration on how to live with FA in a positive way.